England women will welcome back returning Olympian Abbie Brown as she lines up alongside three fellow players with Hartpury ties in the Rugby Europe Grand Prix Sevens Series this weekend.

Brown, who returns to England Sevens after starring in Rio last month where she was part of the fourth-placed GB Women’s Rugby Sevens team, will be joined by former students Lucy Nye, Millie Wood and Kelly Smith as they make their debuts on the senior sevens circuit having come up through the grades.

Centre Brown was recently announced as one of only 18 players to be awarded a full-time deal as part of the Elite Player squad for 2016-17. Two other members of the Sevens squad, Millie Wood and Kelly Smith, have also been awarded part-time contracts.

Hartpury’s women’s rugby coach, LJ Lewis, said: “It’s great to see Abbie back in the England fold after her time away in Rio and she will bring a different dimension to the squad this weekend. It’s also really pleasing to see more of our students given chances to shine at the top level and I wish all the best to Lucy, Millie and Kelly and hopefully they’ll all get a chance to show why they’re there.”

This is another exciting announcement for players who have developed through the AASE Women’s Rugby programme at Hartpury, showcasing the success of the pathway which supports players to fulfil their potential.

Only last month former student Lucy and Kelly, who is currently studying a Physical Education and School Sport degree, formed part of the Under-20s squad in their series of clashes with Canada. That same side was also captained by Wood, who was fresh from a try-scoring debut for the senior squad against the same nation.

Despite being only 20, Brown will be bringing a wealth of big game experience to the squad as one of four members who went to Rio. She joined Hartpury in 2013 as part of the AASE women’s rugby programme, went on to make her senior debut for England in the 2015 Six Nations tournament aged just 18 and since leaving her career has kept skyrocketing. A whirlwind of a year in Sevens has followed with her stellar run of form leading to the Olympic call up.

Malemort forms the second of two legs for the Rugby Europe Grand Prix Sevens Series, the first having taken place in Russia in June. 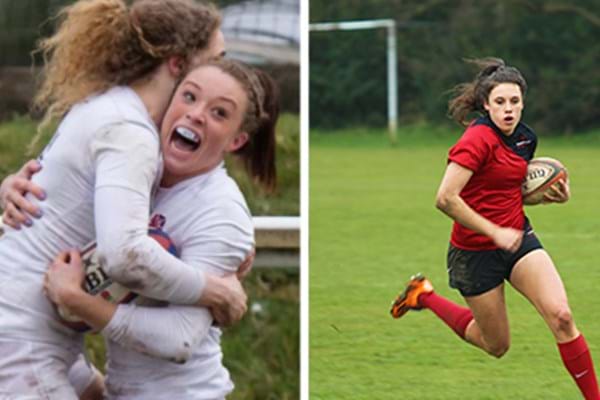