Twelve Hartpury talents have been named in the England Women’s Elite Player squad for 2016-17 and eight of them are among the 29 players to be awarded the first ever 15-a-side professional contracts.

Great Britain Sevens star at the Rio 2016 Olympics, Abbie Brown, is one of only 18 players to be awarded a full-time contract along with four other former Hartpury students – Amy Cokayne, Megan Jones and Rugby World Cup winners Alex Matthews and Natasha Hunt. Danielle Waterman, who used to head up the women’s rugby programme at the College, has also won a full-time deal.

The squad will now be building towards their Women’s Rugby World Cup defence in Ireland, which starts in August 2017.

Before that, they will contest three Old Mutual Wealth Series fixtures in November 2016 alongside an away game against Ireland before heading into the Six Nations Championship and the HSBC World Rugby Sevens Series in which England will seek qualification for the 2018 Rugby Sevens World Cup in San Francisco.

Director of Sport at Hartpury College, Tom Radcliffe, said: “This is a landmark day for women’s rugby with professional contracts for the 15-a-side game being awarded for the first time.

“It’s fantastic to see so many of our former and current students being rewarded for their dedication, commitment and talent in this way and we congratulate all of the girls who have been selected in the England Elite Player squad in such an exciting period for women’s rugby.

“It’s particularly great news following hot on the heels of the RFU announcement that Hartpury is one of only 15 Higher Education partners to win funding that will help them build an even brighter future for student rugby, including becoming one of only six hubs focused on developing elite women’s players. It’s recognition of the success of our five-year pathway in supporting players to reach their full potential.” 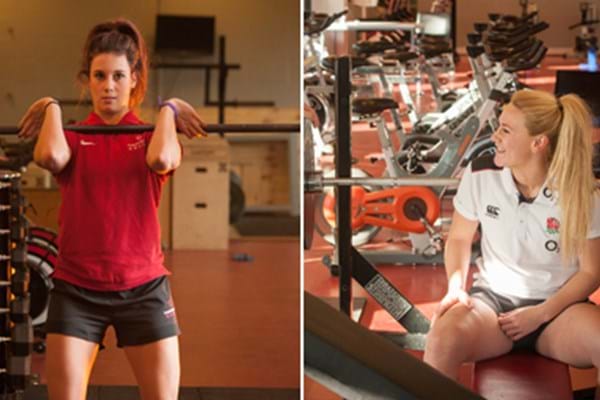