There’s less than one week to go until Hartpury rugby faces the biggest day of the season so far...

On Wednesday, November 2nd, Hartpury Under-18s first team (pictured, fly-half Dan Cole) will entertain Henley College at 2.30pm - the biggest threat to their 30-plus game unbeaten run that they have faced this season – before the University Centre 1st XV host Northumbria University in the filmed and live-streamed BUCS Super Rugby 'match of the day', at 6pm.

For the junior team, Wednesday marks the start of the defence 'proper' of their AASE League National Colleges titles crown, which they have won for seven years in succession.

Emerging unbeaten from the first ‘half’ of the competition with every game won, the junior first XV now have home advantage for every clash in the second stage, featuring the top four teams from stage one of the AASE South league. And coach, former Gloucester Rugby full-back, Jon Goodridge, thinks that could be key, particularly if a good crowd gets behind them.

“Next Wednesday is a massive day for Hartpury rugby and we’re expecting our toughest game of the season so far,” said Goodridge.

“Henley are a big, physical side but they have some great ball carriers who can move the ball around too. They are the feeder college for Wasps and they always have strong, talented players in their ranks.

“We know we need to firm up our defence to face them. We’ve performed brilliantly in 10 to 15 minute spells this season and looked good with ball in hand, but we’re yet to put together a complete performance where we keep our concentration throughout.

“The boys are going into this game with the right attitude and mentality, though, and I’m confident it will all come together in this second round of AASE League games. It would be fantastic if we can get a good crowd behind us on Wednesday. It’s a massive game for us.”

Hartpury edged to a 12-8 victory at Henley when the two teams met earlier this season and the Under-18s are only too aware they have a proud record to uphold, with Hartpury having won this competition every year since it began.

Goodridge insisted they all have their sights set on taking the honours in their side of the competition to face the north’s top side in the final on November 23rd, following further clashes with Exeter College and Beechen Cliff, both in November.

He added: “Henley will have improved since the last time we played them, but then so have we, and the boys are determined not to let this record slide. It’s pressure on them with the history that has come before but they thrive on that.

“When we played Exeter away, we were 17 points down at half-time but they were absolutely clear they didn’t want their unbeaten run to end, so they dug deep to get the win. There’s a real team ethos this year. We’re not relying on a few key stand-out individuals to spark something, we’re pulling together to get results.”

Hartpury are certainly hitting form and fitness at the right time with a number of players returning from injury for this second stage of the competition. The only player missing will be back five forward, JJ Tonks, who is out for the rest of the season with a serious knee injury.

After Hartpury have hopefully dispatched Henley, the University team will then be seeking to maintain their unbeaten run in the new BUCS Super Rugby competition.

Having so far seen off Durham and Cardiff away from home and defending BUCS champions, Exeter, at Hartpury, they will now take on Northumbria in a feature match being live-streamed by BUCS.

Hartpury Director of Rugby, John Barnes, said: “Northumbria have struggled so far and are yet to pick up a win in the competition, but we know that in this BUCS Super Rugby league, any team is capable of putting in a performance on their day. We’ll be wary of that.

“With the RFC team unbeaten in National League One and the University Centre and College sides also having won every one of their games this season, no one wants to see that run end.

“Hopefully the teams that have played in the afternoon, including the Under-18 boys, will come along to cheer on the BUCS team and give us a great crowd. It could make all the difference.” 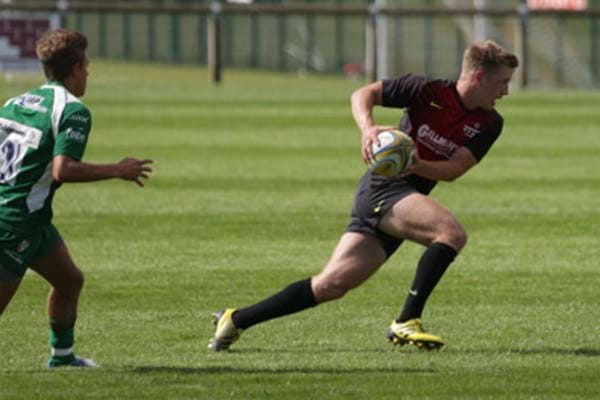