What’s the best way to walk your dog? A team of Hartpury researchers have been comparing collars to harnesses to investigate the impact on canine behaviour and comfort.

Dog owners have been increasingly switching to harnesses in recent years. While neck collars are widely used when walking dogs, concerns have been raised about their potential to damage the neck and trachea and to be problematic in dogs with eye conditions such as glaucoma.

Harnesses are often suggested to be more beneficial, but a Hartpury trio are the first to carry out scientific research relating to these claims and the study by Masters in Research Animal Behaviour and Welfare graduate, John Grainger, and Hartpury University Centre lecturers, Dr Tamara Montrose and Dr Alison Wills, has been published in the Journal of Veterinary Behavior: Clinical Applications and Research.

John Grainger was carrying out the research as part of his Masters degree, in which he achieved a distinction. He was also awarded the prize for the top student on his programme at Hartpury University Centre’s graduation ceremony last year.

Dogs were walked for 20 minutes each while behavioural indicators of stress were recorded. After this trial, owners were given the alternative walking restraint and returned a week later to perform a second 20-minute walk.

Dr Tamara Montrose said: “We found that there were no differences in behaviour for dogs walked on either a collar or a harness with stress indicators being low in dogs on both restraint type.

“It’s useful for dog owners and trainers to know that neither restraint seems to compromise dog welfare when they are thinking about what restraint to buy or recommend.

“While dogs with a history of collar walking showed increased low ear position, which may suggest that these dogs are more stressed, this was not supported by the other stress measures. It could be down to other factors, such as these dogs wanting to appease their owners.

“We’re interested in building on this research by performing further studies with a wider range of brands of harness and collars and investigating factors such as a dog’s gait and the magnitude of pulling when dogs are on collars and harnesses.” 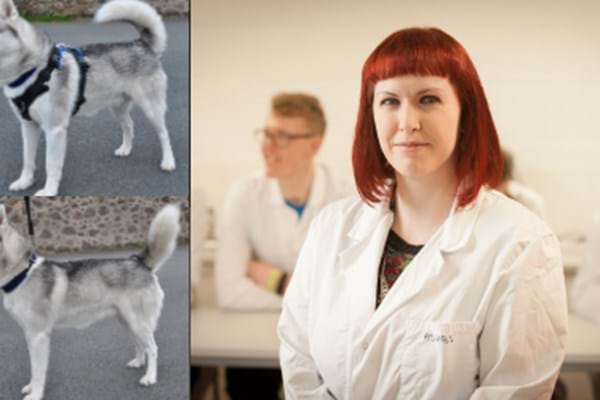