Two Hartpury footballers will be glued to the TV this evening as their club side Westfields, the lowest ranked side left in the competition, eagerly anticipate their first round FA Cup opponents.

Foundation Sports Business Management students Sirdic Adjei Grant, 20, and Anderson Ongono, 21, will be dreaming of drawing a football league side when their team are picked from the hat in tonight’s draw live on BBC Two (19.10 BST).

The Hereford club, who have a history of Hartpury-based players, have won six games already in the FA Cup this season and their most recent victory over Leiston sees them into the first-round proper draw for the first time in the club’s history.

Westfields will find themselves in the draw with former winners Bolton Wanderers, Coventry City and Portsmouth as they battle it out with 31 other non-league times for a chance at scooping a draw with the teams in League One and Two. They could even find themselves up against League Two newcomers Cheltenham Town.

Marc Richards, Hartpury’s Assistant Director of Elite Sport, said: “This is a great opportunity for Anderson and Sirdic – it’s not often that lads in their situation will find themselves with the chance to maybe play against a League One or Two side.

“The boys are both great talents and I really hope that they get a draw against one of the top sides to test themselves against full-time professionals making a living from playing. There might even be a chance that if they draw a top League side that it would be a live TV game which would be even better!

“We continue to have a great relationship with Westfields and Sean Edwards (Manager). We’ve had the likes of Callum McOnie, Marcus Giglio and Jake Robinson amongst others combine their commitments at Hartpury with playing for Westfields and it’s always been a great situation that has proved mutually beneficial.

“Whoever they draw we’ll be wishing the boys and Westfields all the best and we would love to see them go on and cause an upset.” 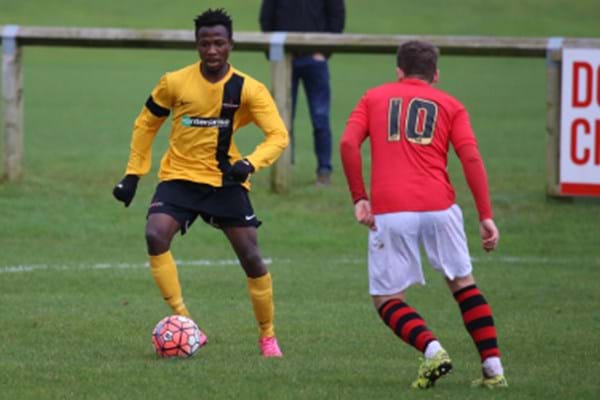