Facing the best that English rugby has to offer is again on the horizon for Hartpury’s brightest young rugby talents as they prepare to head back to Pennyhill Park for a series of international appointments.

Hartpury have once again been invited to train with Eddie Jones' men on November 10th, 17th and 24th and December 1st to support their preparations for their Old Mutual Wealth Series matches.

First up for England will be South Africa on 12th November, followed by Fiji on the 19th and Argentina on the 26th. Their final autumn international of 2016 will be against Australia on 3rd December.

For the past two seasons, Hartpury RFC have assisted England with their RBS 6 Nations preparations but this is the first time they have been asked to train with the team during an international Test Series.

And they will come up against a number of familiar faces among the Red Rose ranks, including Gloucester Rugby winger Jonny May, who only graduated from Hartpury University Centre last year with an Honours degree in Sports Business Management.

They are also likely to 'tackle' another former Hartpury student, Sale Sharks' winger Mike Haley, who is one of six previously uncapped players named in Jones' squad, and prop Ellis Genge - another product of the Hartpury talent line, which has shaped more than 150 rugby internationals in the last 10 years.

There will undoubtedly be players among the current Hartpury crop eyeing senior international honours in the not too distant future too and they will spend around an hour and half training with Eddie Jones’ squad.

With four sessions to provide players for, Director of Rugby John Barnes will rotate who goes to Pennyhill Park, depending on BUCS fixture commitments and team selections, but the travelling group is likely to include current degree students such as Lithuanian winger Jonas Mikalcius (Strength and Conditioning degree), who is now contracted to Harlequins, and Italy international, back or second row Sebastian Negri (Sports Business Management).

Hartpury Principal, Russell Marchant, said: "We are thrilled to have been invited back to Pennyhill Park once more to train with England, particularly with three of our own former students having been named in the squad to contest this prestigious and high profile Test Series.

"Training alongside the senior England squad will be inspirational for our players and I’m sure that we’ll see more Hartpury players follow in the footsteps of Jonny, Mike and Ellis by running out for England in future.

“This opportunity is a reflection of the exceptional reputation Hartpury has as a hotbed for rugby talent and we’re very proud to boast players of a high enough calibre to provide England with a good workout. I'm sure we will play a key role in helping them to fine-tune their preparations."

Hartpury RFC are currently having an exceptional season in National League One, sitting at the league summit with an unblemished nine bonus point victories from a possible nine. The University Centre and Under-18s first teams are also currently unbeaten.

Hartpury Director of Rugby, John Barnes, said: "It is a busy time for all of our rugby squads but this is an incredible opportunity for the players and one that can only benefit their development.

"We will, of course, do everything we can to ensure all of our players maintain their best form and fitness, including rotating the players that go to Pennyhill Park, and these run-outs against the England senior squad will provide excellent tests for us as we continue to challenge for honours in National League One." 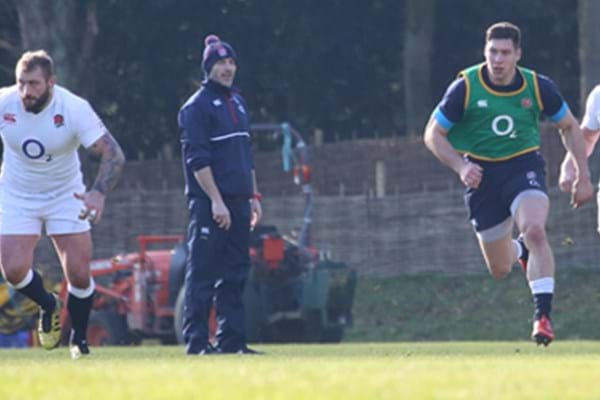