Brown, 20, will captain a side including Hartpury pair Millie Wood and Kelly Smith as well as five Olympians when the World Rugby Sevens Series gets underway in Dubai early next month.

The armband caps a fine year for the Exeter-born centre, which has seen her make her full England debut in the Six Nations before playing for England Sevens in the Rugby Europe Grand Prix Series and being centrally contracted. She also starred for the Great Britain Sevens team at the Rio Olympics 2016.

The Extended Diploma Rugby graduate only made her debut on the world series circuit earlier this year but will now skipper a side which includes fellow Team GB stars, Heather Fisher, Alice Richardson, Jo Watmore and Amy Wilson Hardy.

Brown is joined by fellow ex-student Millie Wood as well as current Hartpury University Centre student, Kelly Smith, with the latter pair both making their debuts in the global sevens competition. Wood, from Cheltenham, has experience with England already at Under-20s and senior level while Physical Education and School Sport degree student Smith, from Tuffley, currently plays for Women’s Premiership side Worcester and has experience with England Under-20s as well.

Hartpury’s Under-18s women’s rugby coach, LJ Lewis, said: “It’s great to see three of our girls involved at the top level of international women’s rugby. It’s also great to see England giving a chance to some very talented young up-and-coming players. Abbie’s rise has been rapid and I know she’ll take the captaincy in her stride while this will be a great opportunity for Millie and Kelly to show what they are capable of on the world stage.”

England have been drawn in Pool C and will kick off their competition against Spain before facing Canada and Brazil once the competition gets underway on December 1st, 2016. The series will run for six legs and see England competing in Australia, USA, Canada, Japan and France. England will be looking to better last year’s World Rugby Sevens Series fourth place finish. 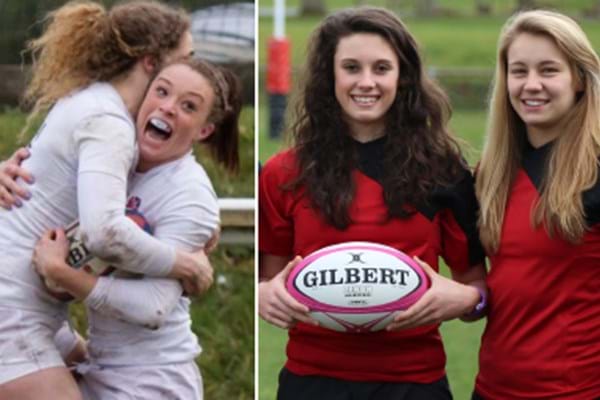