With 12th playing top, Hartpury RFC should be brimming with confidence as they bid to take their unbeaten National League One run into double figures this weekend.

There will be an element of caution to Hartpury’s pre-match team talk though as they get set to host their bogey side, Rosslyn Park, who have beaten them in three of their four meetings in the past two seasons.

Hartpury Director of Rugby, John Barnes, said: “Even in the game we won, we were outscored by them five tries to one and were fortunate that Gareth Thompson had a great day with the boot!

“They are a team we have notoriously struggled against but that has its advantages in that it should help to focus everyone’s minds for the game.”

In stark contrast to Hartpury, Rosslyn Park had a nightmare start to the season, losing their first four games before comfortably seeing off Darlington Mowden Park and then drawing with Loughborough.

A narrow defeat to promotion contenders, Birmingham Moseley, followed, and in the last two weeks, they have claimed impressive wins over Macclesfield and Blackheath respectively.

Hartpury’s record so far is certainly making the rest of the league sit up and take notice of their potential Championship credentials as they seek out their 10th successive bonus point win on Saturday – a run that sees them already sitting eight points clear of second placed Moseley in National League One.

While delighted with the run of results, Barnes is insisting they still have some issues to iron out ahead of their Rosslyn Park appointment, having shipped a lot of points in last week’s 54-32 win at Cambridge.

“We didn’t play anywhere near as well as we have been doing at Cambridge,” he said.

“We made a fair few changes and it had an impact. We relied on moments of individual brilliance to create the openings but we lacked cohesion and didn’t play good rugby as a team.

“That’s reflected in the fact that of the 129 points we have conceded in nine games, 32 came in last weekend’s fixture. We definitely need to re-focus and front up defensively against Rosslyn Park.

“After a difficult start, they have turned a corner and picked up an excellent win over Blackheath last week, who have also been in good form. They are a bogey side for us and we know they will have done their analysis to give themselves the best chance of beating us.

“They will be motivated by needing to maintain their recent form to move away from any relegation worries and we know we will need to put in a better performance this weekend and for the next few weekends if we want to stay unbeaten.”

Flanker Jake Polledri (ankle) and back George Boulton (quad) will both face injury assessments this week but Hartpury are likely to welcome back centres Luke Eves and Steve Leonard and back row Rhys Oakley from injury, having missed their experience in last week’s clash at Cambridge. LV Cup commitments are likely to restrict the availability of their on loan players. 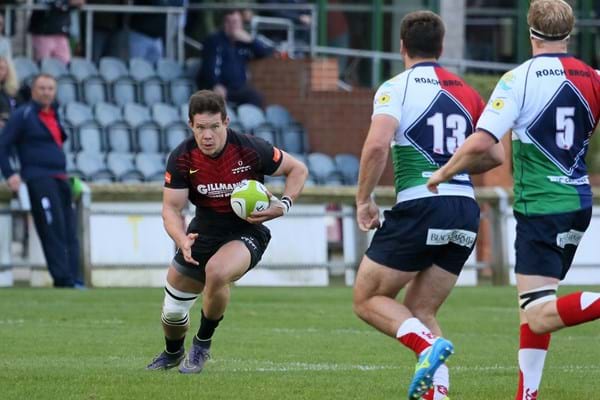