A former Hartpury student and lecturer has been appointed as the head coach of the Singapore national rugby team, with a mission to turn around their fortunes.

Frazer McArdell left his teaching role at Hartpury for Singapore last year to take up the head coach role at Wanderers RFC. He had also been involved with coaching the Hartpury University Centre first team.

Having guided the Wanderers to the Singapore Rugby Union Premiership League title in his first season in charge, former Scotland youth international, Frazer, will now take charge of the national 15-a-side team, charged with winning promotion out of Asian Rugby Championship Division Two.

The Republic had finished bottom of their four-team group in May's Division One tournament and were relegated. They will now need to beat Thailand, India and China to earn promotion.

Mcardell said: "Rugby is growing rapidly in Singapore and a strong national team will reinforce the amazing rugby culture here. The long-term goal will be to see Singapore at the top league in Asia and able to challenge Japan and Hong Kong. Our first step is to give more game time to the players and to instil pride to play for their nation."

Frazer went to Singapore with fellow Hartpury lecturer and Spain Sevens and 15-a-side rugby international, Jaike Carter, in July 2015. They started out on their Hartpury journey together as students on a Sports Coaching and Conditioning degree 10 years ago. They went on to complete their Masters in Coaching Science together before embarking on their PGCE teaching qualification to become Further Education lecturers at the college, Frazer specialising in Fitness Studies and Jaike in rugby.

The pair joined former Gloucester Rugby number eight James Forrester in Singapore, with Jaike coaching alongside Frazer at Wanderers, taking charge of the backs. They had also both been working as personal trainers at Forrester’s U-Fit company.

“We were given an incredible opportunity in Singapore and one we would never have had without the coaching experience, qualifications and contacts we gained at Hartpury,” said Frazer, who also coached Drybrook RFC to two promotions and a national cup final at Twickenham.

“Singapore are just starting to make a name for themselves in international rugby circles and I'm hoping to help them continue to propel rugby over here onwards and upwards." 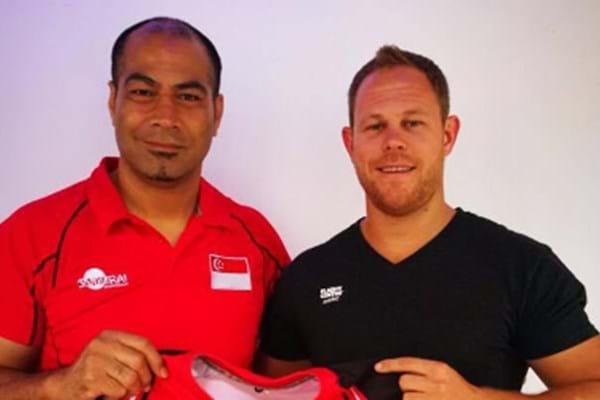