Former Hartpury student Amy Cokayne set England women on their way to an opening 10-5 win over France last night as she scored her country’s opening try in a close fought game.

Lichfield Hooker Cokayne, a former A-Level student at the college, put the red roses on course as she crossed for the only score of the first half in a scrappy encounter in their opening Old Mutual Wealth series fixture.

The 20-year-old, who has played for England Sevens at Under-18s and Under-20s was joined in the side by fellow Hartpury graduates Natasha Hunt and Alex Matthews, while Ceri Large and Sarah Bern provided fresh legs from the bench to take the total number of former Hartpury students to four.

Danielle Waterman, who used to head up the women’s rugby programme at the College, occupied her usual position at full-back.

After France equalised through fly-half le Duff late in the second half, Marlie Packer gave England their first win over France on home soil since 2013 following Camille Grassineau’s yellow for a tip-tackle.

The Hartpury contingent will now turn their attentions to Ireland at the weekend as England look for back-to-back wins. Games against New Zealand and Canada follow later in the month in the Old Mutual Wealth series. 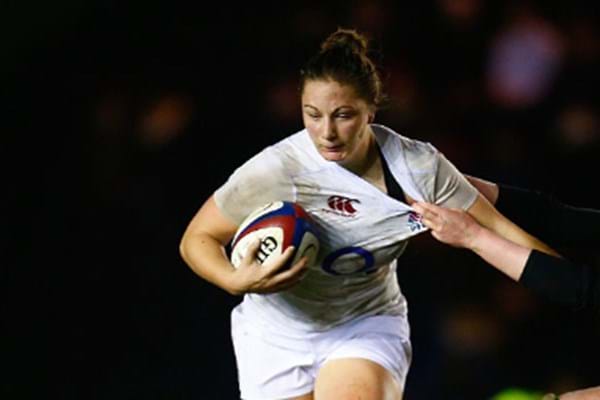