Hartpury student talent mixed it with the best of British Rowing recently and made waves in Nottingham to achieve top placings in their categories.

Hartpury University Centre Sport and Exercise Nutrition student, Bryony Lawrence, and Sports Performance degree student, Scott Jones, were in action at the British Rowing Senior Championships. Both have progressed on to study degrees after completing diplomas at the College.

They joined the stars of British Rowing at the Championships in Nottingham, with the event featuring a number of Olympic gold medallists who have recently returned to training following the Rio 2016 Olympics.

In 2015, Scott placed second behind GB rower, Tom Aggar, who subsequently went on to win a bronze medal at the Paralympics in Rio. Scott took advantage of Aggar’s absence from this year’s event to record a comfortable victory and take the national title.

Bryony, who represented GB at the Junior World Championships in August, is working towards making the step up to the Under-23s as a lightweight.

The result also placed them a very strong eighth overall in an event which was won by two senior World Championship gold medallists from the GB senior lightweight women’s squad.

Hartpury rowing academy coach, Tom Pattichis, said: “It was fantastic for Scott to win a national title and it’s a well-deserved reward for the hard work he has put into his rowing.

“Bryony’s result was an excellent start to the season and I’m looking forward to seeing how both rowers progress through the year.” 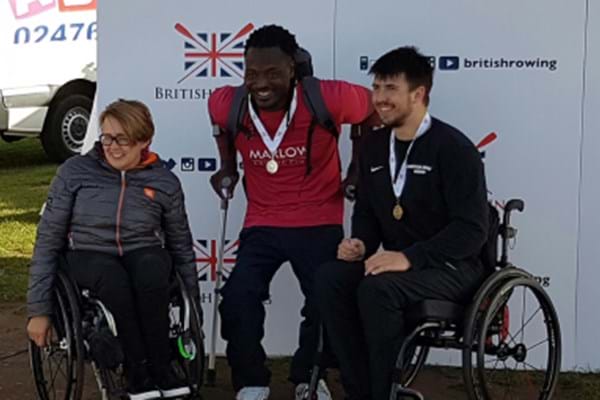