A Hartpury student who has been taking dog walking to a whole new level through the unusual sport of canicross will take on Europe’s elite after being picked for Great Britain.

Hannah Hudson, a Bioveterinary Science degree student, only took up the sport a short while ago after realising her adopted Siberian Husky, Ace, needed a little more than just walking every day. Now she has been selected to represent her country at the Canicross European Championships after a two-day qualifier which took place back in March.

Hudson, 19, finished fourth on the opening day and third on day two alongside Ace, placing her fourth overall. She found out earlier this week that she will part of the upcoming championships which will take place from Thursday 17th to Sunday 20th, November in Thetford Forest, Norfolk.

Canicross is the sport of cross-country running with dogs, where people run while attached to a harness with their canine partner.

Originating in Europe as off-season training for the sledding community, it has become popular as a stand-alone sport all over Europe, especially in the UK, and races vary between five-kilometre distances to half marathons.

Hannah said: “It’s an amazing feeling to have been picked to represent my country and Ace and I can’t wait to get started. Hopefully we can perform well and finish in a good position.” 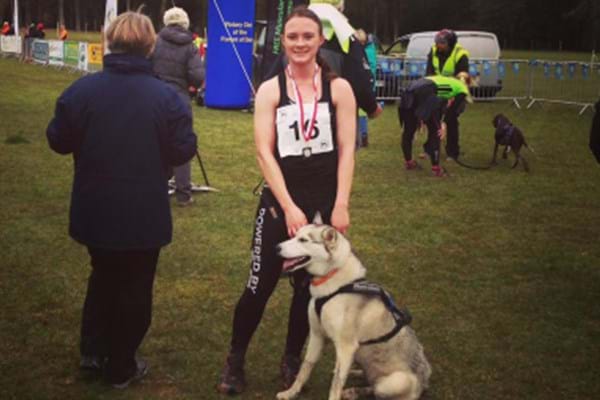