Hartpury graduate Scott Wilson won a penalty and set up another as his Eastleigh side breezed past Swindon Town in the first round of the FA Cup.

Wilson, 23, a recent Sports Business Management graduate, had a hand in all three of his side’s goals as the National League side stunned their League One opponents 3-1 on their home turf at the County Ground.

The striker, making his full debut for the Hampshire side, set up the opening goal after exchanging passes with Jai Reason before a number of half chances fell his way which he was unable to convert. Wilson was also involved in the build-up to the Spitfire’s second goal after a deft lay-off following a Swindon corner saw Mikael Mandron play in Andy Drury to double Eastleigh’s advantage at the break.

The Hartpury graduate saw another shot smartly saved shortly after the break before another was deflected over for a corner. His involvement in the third goal came just after the 70-minute mark when Mandron’s flick on was collected by Wilson in the box before he was felled by the on-rushing Swindon keeper. Mandron converted the resulting spot-kick to put Eastleigh three up before Swindon grabbed a consolation 10 minutes from time.

Wilson, a former Bristol City scholar, was unsure what to do after being released by the Championship side five years ago but a stint at Hartpury saw him graduate with a degree in Sports Business Management before securing his professional deal with Eastleigh earlier this year.

The Bristol-born forward also helped Hartpury to back to back British Universities and Colleges Sport National finals as well as scoring the winning goal from the penalty sport as Hartpury won the title in 2015.

Wilson, who had stints with Gloucester City, Cinderford, Yate Town and Bath City during his time at Hartpury, had expected to begin the 2016-17 season on Weston-Super-Mare’s books but an offer from National League side Eastleigh saw him sign professional terms ahead of the Hampshire side’s pre-season preparations.

The striker will be hoping to push his case for a starting place as Eastleigh begin a congested run of fixtures in the run up to Christmas – including four games in 10 days.

Hartpury’s Assistant Director of Elite Sport and Wilson’s former football manager at the college, Marc Richards, said: “It’s great to see Scott performing well at a professional level again and it’s great to see him going from strength to strength since leaving us. He’s managed to force his way into the starting eleven and hopefully after last night’s performance he can stay there for a while.” 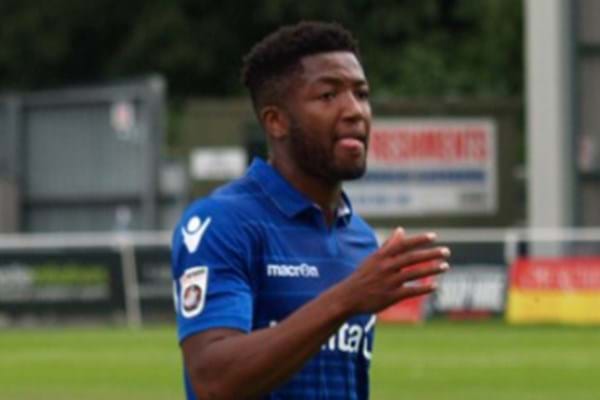