Heading into this clash, Hartpury were expecting their toughest test of their AASE campaign so far, having had to ground out a 12-8 win at the Wasps’ feeder college earlier in the campaign.

They came through the test stylishly though, earning a valuable bonus point victory to maintain their unbeaten run.

They put in a clinical performance, scoring three tries from driving line-outs and gaining the bonus point fourth try with the last play of the game through slick handling from Alex Forrester and Nathan Brooks.

Despite dominating territory throughout, Hartpury found it very difficult to break through the Henley defence, but they did claim tries through Mason Emery, Ben Fry and Morgan Nelson, as well as Brooks.

Hartpury Under-18s coach, Wayne Thompson, said: “This proved to be a very physical encounter and we’re pleased to have come away with the bonus point victory, leading into another stern test next week against Exeter.” 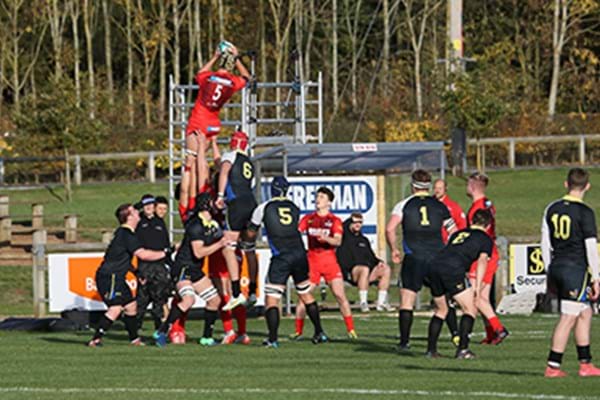