The Mitsubishi Motors Cup, which is run at Badminton alongside the international horse trials in May, is the highlight of the year for grassroots riders in the eventing sphere. After securing excellent first and second place results in earlier BE90 competitions, Isabel, 17, became eligible to compete in the Regional Finals which offer qualification for the Badminton event.

When Isabel missed out on qualification for the championship at the Homme House Regional Final in August, she and her family, who run Tipton Hall Riding School in Herefordshire, thought the chance to go to Badminton had passed by.

The last opportunity to qualify was at Broadway Horse Trials in October, but Isabel and ‘Bryn’ were sitting last on the wait list because the competition was so oversubscribed. However as other riders withdrew Isabel gradually moved up the wait list, until she was the first reserve the night before the competition.

Finally, on the day of the event and with less than three hours’ notice, the call came – she was in. After preparing Bryn for competition in record time they arrived at Broadway with time to spare. Isabel seized the opportunity and flew round the testing course to finish just 1.5 penalty points behind the winner in 10th place.

Isabel, who is also a member of the Wyre Forest Pony Club, said: “I’m so pleased, especially with Bryn who was a superstar to get dragged out of his field for a surprise competition and still try his heart out for me.”

Shortly after the event Isabel’s qualification for the Mitsubishi Motors Cup BE90 championship was confirmed so she and Bryn will be off to Badminton on 2nd May 2017. 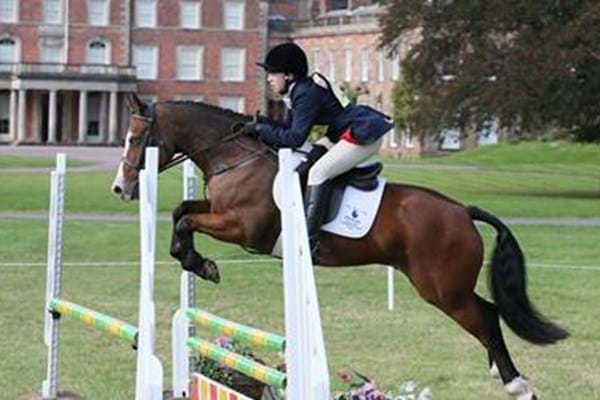