Hartpury’s golfers continue to shine while our football and rugby teams experienced mixed fortunes among some big game wins this week.

Two teams from the golf academy competed in round three of the Intercollegiate Tour, playing against SGS Filton College and Birmingham Met College in Area D. Hartpury A continued their fine form and won both the gross and nett competitions, with Hartpury B finishing second in the nett. This leaves Hartpury A at the top of both the gross and nett team standings after three rounds of the competition. Alex Giles won the individual event, collecting valuable points towards her rank in the overall individual order of merit.

There were mixed fortunes for our senior football teams this week but two of the four teams in action on Wednesday scored wins. Playing away at USW the seconds put on a convincing display to beat the hosts 5-1 and now sit top of the table in the BUCS Western 2B League. Meanwhile at home the thirds kept a clean sheet in their 2-0 victory over UWE seconds in the BUCS Western 3B League. The first team had a tough game away at Cardiff Met in the BUCS Premier South League and lost 0-2, while the fourths hosted Bath Spa’s first team but were edged out 2-3.

Also playing at home were the junior firsts who beat Exeter College 2-0 in their ECFA Premier League Category 1 match. The seconds journeyed up the M5 to face Worcester VI Form and came away with a 4-4 draw after an exciting match. Elsewhere the third team faced Warwickshire Moreton Morrell firsts and came away with a fantastic 6-2 victory. Our fourth team played away against South & City Birmingham firsts but lost out 2-5.

There was only one netball team in action this week which was the senior first team. They played away against Gloucestershire thirds in the BUCS Western 5B League but were beaten 24-53.

BUCS Super League was the rugby talking point this week and our senior first team did not disappoint, with an impressive 67-6 home win over Northumbria University - click here for the full match report.

The other senior teams were playing away on Wednesday and impressively both the men’s seconds and the women’s firsts kept clean sheets in their matches. The seconds beat Kings College firsts 50-0 in the BUCS Premier South League while our senior women routed Bournemouth firsts 115-0. To add to the tally of wins the thirds beat Exeter’s fourth team 24-7 in BUCS Western 1A League.

There were mixed results for the junior teams this week, with the first team’s 30-3 victory against Henley College firsts in their AASE League game a standout performance (click here for the full report). Henley also brought their second team along for a friendly against our junior fourth team who gave them a good run for their money but eventually succumbed 22-28.

In the AoC League there were three teams in action but only the junior second team came away with a win when they beat Newport High School seconds 40-31. Both the third and fifth teams experienced losses, with the thirds beaten 7-42 by Exeter College seconds and the fifths narrowly losing out 27-31 against Cirencester College seconds. 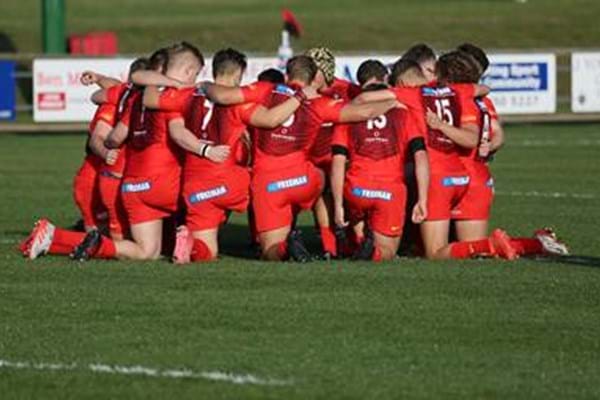