Hartpury’s junior football manager Paul Tassell was named 2016’s Sports Champion at the Believe in Gloucester Awards last night after more than a decade of continued success at the college.

Tassell, who has been with the college since 2005, has a title or trophy to his name for each of the 11 years that he has been at Hartpury. His list of achievements include consecutive English Schools FA national titles as well as clinching the English Colleges FA Premier League for the last three years.

Paul was also a student at Hartpury between 2006 and 2008 when he studied for his PGCE. As a player during this time, he won back-to-back British Universities and Colleges Sport (BUCS) Championships in as well as helping Hartpury’s futsal team to the 2008 BUCS Futsal Championship.

Tom Radcliffe, Hartpury’s Director of Elite Sport, said: “Paul has been an integral part of the football programme at Hartpury since its early days and he continues to play a major role in bringing us success year on year. I know that he’s held in very high regard by his players and those around him and he’s definitely worthy of being crowned Sports Champion.”

Hartpury student Harry Randall was also recognised at the event as he was recognised as the Under-21 Gloucester Ambassador of the Year. The 18-year-old Diploma Rugby student and Hartpury RFc player is a member of Gloucester Rugby’s academy and a junior World Cup winner with England. 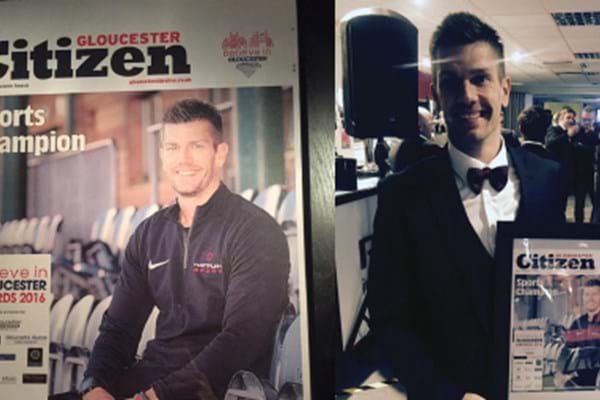