Does music help to make zoos a better environment for parrots? A new study co-authored by Hartpury lecturer Dr Rachel Grant aims to find out.

Apparently parrots aren’t just for pirates; they are now the third most popular pet in the USA with around 10 million of them being kept as companions. These birds still have a lot in common with their wild ancestors though and they need lots of stimulation to prevent them from becoming bored in a captive environment.

By providing enrichment in a variety of forms, from social interaction to sensory stimulation, animals behave more naturally and are less likely to become frustrated. So what is the winning recipe for a happy parrot?

Dr Rachel Grant, a Principal Lecturer with Hartpury University Centre, has been investigating this in zoo-housed psittacines (more commonly known as parrots) during a study to see how they responded to auditory stimulation.

Dr Grant worked in collaboration with Dr William Hoppitt, a lecturer in Zoology at Leeds University, and Isabelle Williams, a lecturer at Oaklands College whose undergraduate research project formed the basis of the study.

This meant playing music, ranging from pop hits to classical pieces and rainforest sounds, to the birds using an iPod. With the parrot playlists set, the researchers observed their reactions to each type of music.

The study showed that parrots did indeed show differences in behaviour depending on the audio that was played to them, with exposure to talking radio and pop music reducing calm vocalisation to zero in all birds.

This means that they were calling out to talk to each other less, but without music or with parrot sounds, the birds appeared more content as they chatted more. Birds also preened more when listening to talking radio, rainforest sounds and classical music.

How birds were reared was also investigated, with birds who were hand-reared showing more ‘un-natural’ behaviours compared to those reared by their parent.

As well as supporting the view that parrots should be reared as nature intended, this study also found that birds that were on their own in their enclosures showed more abnormal behaviour and less preening than would be expected.

Dr Grant explained: “Repetitive and seemingly pointless actions, such as feather plucking or screaming in parrots, occur when animals lack stimulation or are unable to express natural behaviour. This is a problem that many species face in captivity - from zoos to our own homes - and learning more about species’ natural behaviour is key to improving their welfare.

“Although the study aimed to look at musical enrichment, a surprising additional finding was the high level of abnormal stereotypic behaviour shown by the hand reared and singly housed birds.

“The study provides food for thought for those who wish to keep parrots as a pet as well as for zoo keepers. Hand reared pet parrots are in demand by pet owners as they are tamer, but on reaching maturity they do not behave normally, and may suffer. We showed that isolated birds who are hand reared may be at risk of their welfare being negatively impacted.

“Environmental enrichment in captivity is one way to help stop animals exhibiting abnormal or damaging behaviours so this study paves the way for more research into auditory stimulation as a means to improve the welfare of parrots in captivity.

“While talking radio and pop may not be appreciated by parrots, we would like to extend the study to find out what types of music, if any, has a soothing or relaxing effect on them.”

This isn’t the first time a Hartpury University Centre lecturer has been involved with playing music to animals as part of a research project. Horses also got the musical treatment when equine lecturer Linda Greening co-authored a project which found that horses seem to prefer country and classical music over jazz and rock! 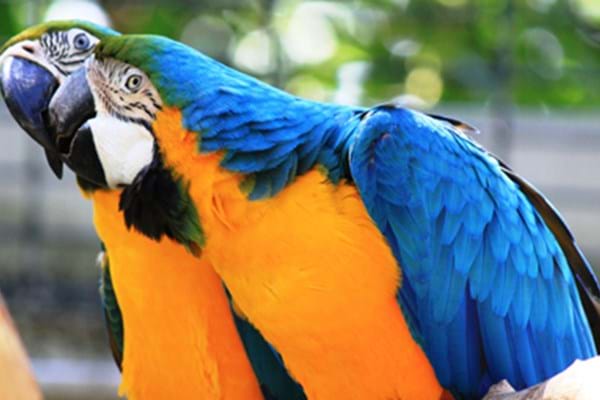