A third of this year’s Association of Colleges (AoC) netball squads will be made up of Hartpury students after eight successfully made it through the final round of trials.

With only Eleri Micheal unavailable for selection due to her inclusion in the Wales Under-21s squad for next year’s World Youth Cup, all 10 of Hartpury’s remaining first team squad trialled.

Emma Johnson and Brooke Vivian, who are both studying for a Sports Coaching Diploma, also make the cut with fellow Physical Education and Coaching Diploma student Darcie Dunn completing the Hartpury contingent.

The squad, which consists of two teams of 12 players made up of the best college students from across the UK, will play fixtures against both the Under-21s and Under-17s teams from Wales, Scotland and Ireland before facing a team made up of former AoC netball players.

Hartpury’s netball coach, Holly Duerden, said: “The girls all did extremely well in the trials and it’s a shame that we couldn’t see all of them involved in the final squad but to have eight selected overall is an amazing achievement. It hopefully goes to show the strength of the programme here and how hard we work to get our students playing at the highest levels they can.”

Away from the AoC trials, A Level student Eleri Micheal will have her sights set on making the final squad for Wales Under-21s ahead of their involvement in next year’s World Youth Cup in Botswana.

The 18-year-old was set to attend the AoC trials with the rest of the Hartpury team but found out on the morning of the event that she had been selected as part of Wales’ long squad. The squad will be trimmed ahead of Netball Europe next year so Micheal can expect to find out around April if she has been included in the final group. 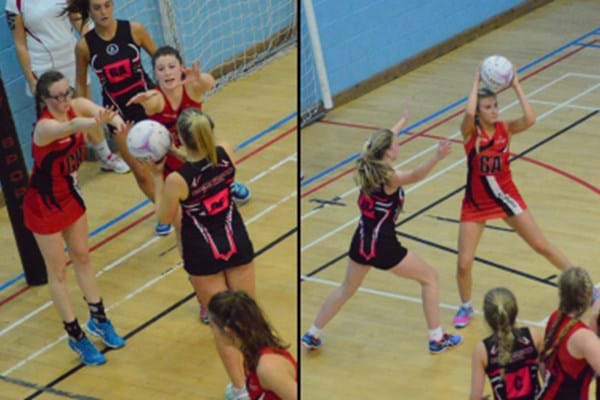