Gloucester-Hartpury maintained their 100% record and continued their march towards the title with a hard fought 15-0 victory as they travelled to fifth-placed Bletchley at the weekend.

The win for Susie Appleby’s side puts them 13 points clear with three games to play with only second placed Worcester Ladies, who they’ve yet to play again, able to catch them.

With wet and muddy conditions preventing any flowing rugby from either side during the first half it was Hartpury who entered the break the happier of the two sides with full-back Mary-Ann Gittings going over for the only score.

The away side improved in the second half as conditions got better and after a sustained period of pressure from Gloucester-Hartpury Ranni Sanuda picked up her first score for the club to double her side’s advantage.

Despite both sides seeing good amounts of the ball in the second half it was Appleby’s side who made their chances count as Milly Wallis went over for the final score of the game to give Gloucester-Hartpury an important 15-0 victory.

Head Coach Susie Appleby said: “It wasn’t the prettiest of games but we’re pleased to have come away with the points and to have maintained our unbeaten record. There were a number of impressive performances today – notably Shannon Stroud who played out of position at hooker for us.

“We’re nearing the end of the season now with only three games to go and it’s important to stay together as a squad and continue to work hard for one another to push as hard as we can for promotion.”

Gloucester-Hartpury now turn their attention to Sheffield Ladies in the Intermediate Cup, with both sides looking to protect their unbeaten records this season. Sheffield currently head up the Women’s Championship North 2 with 11 wins from 11 while Gloucester-Hartpury go into the game with nine league wins on the bounce 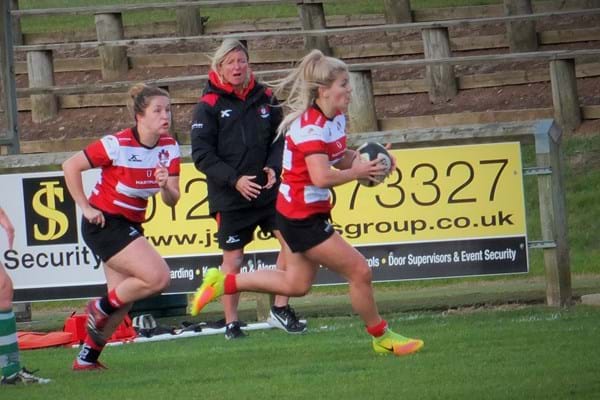