Two Hartpury graduates who have been giving back to their home communities in Africa have been recognised by the Right to Dream Academy for their hard work and generosity.

Thomas Boakye, a football player with Varbergs BoIS in the Swedish Superettan, picked up the overall award while fellow Ghanaian, David Accam, who plays for Chicago Fire in the American Major League Soccer, was also nominated for the prize.

The African Right to Dream Academy, in the pair’s native Ghana, acknowledged the duo for individual work they have done to help in their homeland. Boakye was handed the award after helping to raise money for the Swedish Syrian Refugee Organisation and a project in Ghana using his artistic skills. The midfielder put on exhibitions of his own artwork to help raise money for the two projects.

Boakye said: “Words can’t explain how happy I am to achieve this award. I’m very grateful and I want to thank everyone who has supported me to this point in my life.”

Accam meanwhile was nominated for his involvement with helping to build a brand new artificial football pitch in the Ghanaian city of Kumasi. The pitch, named after Accam, became the first pitch of its kind in the northern part of the country.

Both Boakye and Accam began their careers at the Right to Dream Academy in Ghana before moving to England to study at Hartpury.

Marc Richards, Hartpury’s Assistant Director of Elite Sport, said: “It’s great to see David and Thomas recognised for what they’re doing to help further football back in Ghana. Right to Dream was where it both started for both of them and it’s good the academy is recognising their involvement in trying to help Right to Dream improve.” 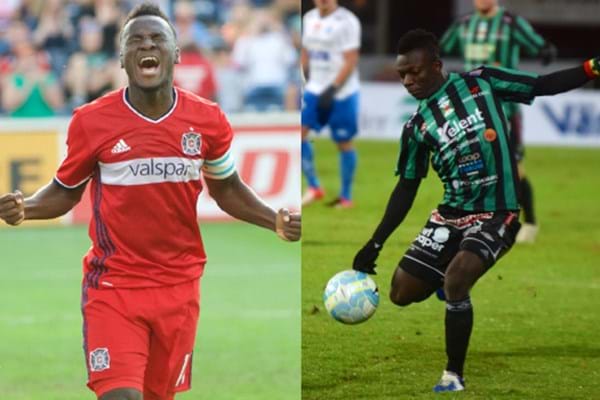