Hartpury students and staff have given Gloucestershire’s homeless a helping hand this winter.

Supported by the Students’ Union, Hartpury Raise and Give and FE fundraising group collected donations that were split between Gloucester City Mission and Gloucester Foodbank.

The foodbank, part of a nationwide network supported by The Trussell Trust, works to combat poverty and hunger. They supply those in desperate need with three-day packages of emergency food and toiletries and are especially busy over the Christmas period.

Gloucester City Mission create hampers including warm clothes, food and basic toiletries for the homeless people in Gloucester, which were handed out during December. They also gave members of the Students’ Union as well as Raise and Give a tour of their new premises to show them how the donations would be used.

The new building is currently being adapted to include showers and washing machines and they hope to include a sleeping area so that there is somewhere safe and warm for people to go during the winter months.

Louise Cox, Hartpury Students’ Union Vice President, said: “Donations came in thick and fast; we were overwhelmed with the positive response and would like to say a big thank you to all our staff and students that donated. Both the foodbank and city mission were very grateful.” 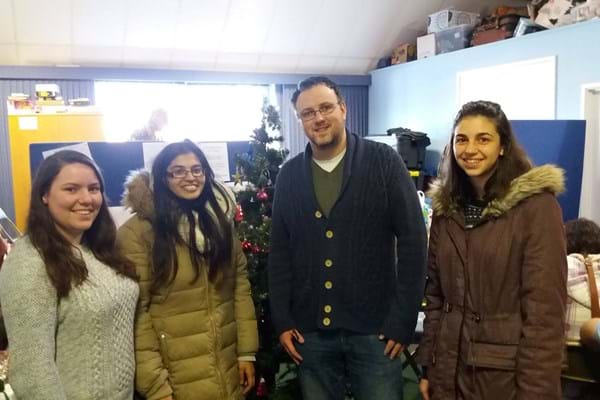