Hartpury’s University side completed a remarkable turnaround last night as they clinched the BUCS Premier League South title just a few games after finding themselves close to the bottom of the league.

Chris Knowles’ side exacted their revenge as they beat Cardiff Met 2-0 under the floodlights at home to ensure they finished top of the league for the ninth time, two points clear of their nearest rivals University of South Wales.

The team have been on an incredible run since losing three of their five opening games. Following a 2-0 reverse to Cardiff Met back in November last year, the side went on to win five games back-to-back, including victory over the University of South Wales (USW), to cement their place at the top of the table.

With three sides including themselves, Cardiff and USW all still capable of clinching the title heading into yesterday’s final round of games, Knowles’ side needed a win to ensure the title returned to Hartpury.

Despite playing against the wind in the opening 45 and Cardiff seeing the majority of the ball, Hartpury were able to capitalise with two breakaway goals from Pablo Haysham and Hayden Turner that saw them lead at half time. An evenly balanced second half saw no further goals meant that despite USW’s best efforts in beating the University of East London, Hartpury’s 2-0 victory was enough to claim top spot and a home tie in the quarter finals of the knockout stage.

Hartpury’s senior manager, Chris Knowles, said: “It’s great to see the hard work the boys put in during the early part of the season come together to finish the league season strongly and complete the turnaround. It always takes time for a team to gel.

“It’s an amazing feeling to win the title for a ninth time and the lads put in a very professional performance last night to clinch it. We’ll look forward to the knockout stages now and continue to train hard and make sure that we’re prepared for whoever we will face.” 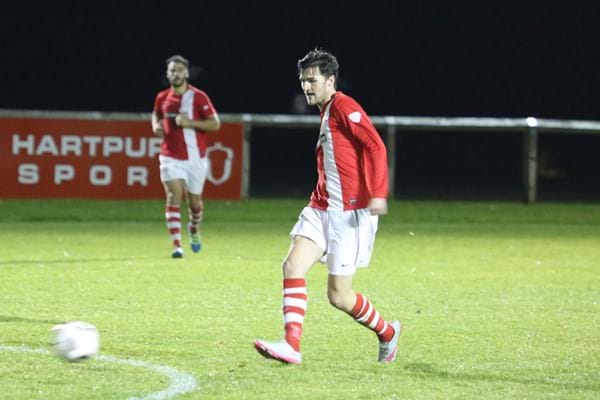