Gloucester-Hartpury women’s rugby’s rapid rise through the ranks will see them become part of the new look Women’s Premiership next season.

The RFU Women’s Super Rugby competition – as it will be newly named – is set to expand from its current eight-team format to include ten teams for the 2017-18 season, with Gloucester-Hartpury set to be one of those ten.

Following a rigorous selection process involving a number of teams from across the country, the current Championship Midlands 2 side will make the leap from the third tier of the women’s league structure all the way to the top when the season gets underway later this year.

Hartpury Principal Russell Marchant said: “It’s an honour for the team to have been asked to be part of this new look Women’s Premiership. The announcement is great news for everyone involved in the Gloucester-Hartpury women’s setup and a testament to the strength of the team – who are having a great season in both the league and cup at the moment.

“We’re all confident that the team are able to make the step up to the Premiership next season.  This new competition will mean a step forward for Women’s rugby in England and we will play our part in ensuring that resources are invested to create a top quality programme, offering the dual pathway of elite rugby and education. It’s a really exciting time for rugby at both Hartpury and Gloucester Rugby.

The teams at Gloucester-Rugby and Hartpury began the process of applying to be part of the new format back in November 2016. After expressing an interest in being part of the new league and having their application supported by the county board they were part of a group of 16 teams who submitted formal applications. Gloucester-Hartpury were then chosen as part of 14 to interview at Twickenham towards the end of January before a decision was made on the final 10 this month.

Stephen Vaughan, Gloucester Rugby’s Chief Executive added: “We’re absolutely delighted at today’s news. This is the culmination of a real team effort between Gloucester Rugby and Hartpury College. But it doesn’t finish here, this is merely the start of an exciting new chapter.

“Susie Appleby and the squad have made huge strides over the past three years since the team was formed. It’s been an exciting journey and we’re proud to have shared it with them. The foundations are in place and the future is incredibly exciting.

“We’re now very much looking forward to seeing them play at Kingsholm on Saturday following the conclusion of our game against Harlequins and hopefully cheering them on to victory.”

Susie Appleby’s side currently sit top of the Championship Midlands 2 league table with promotion to the Championship all but wrapped up anyway, while they also are in the hunt for the national intermediate cup having recently made it to the semi-final stage.

The Gloucester-Hartpury team was formed three seasons ago and having only played friendly fixtures during their opening season as the RFU determined which league to place them in they then finished second in their opening National Championship Midlands 2 season the following year.

The competition will receive a multi-million pound investment from the RFU over the next three years to help deliver the minimum standards expected and provide high-quality coaching, facilities, training environments and community engagement plans.

The announcement reflects the increasing popularity and success of women’s rugby in England following the Red Roses’ success of winning the Women’s Rugby World Cup in 2014 and Great Britain playing in the first sevens competition of the Olympic Games last year in Rio.

This season has seen the RFU announce its ambitions to double the number of women and girls playing rugby to 50,000 and the arrival of 15-a-side professional contracts ahead of eagerly anticipated Women’s Rugby World Cup in August this year.

RFU Director of Professional Rugby Nigel Melville said: “This is another significant development for women’s rugby in this country. Women’s Super Rugby will drive standards in the game, both domestically and at an elite level, and continue to encourage more women and girls to play the sport.

“I would like to congratulate the 10 clubs on their successful applications which have resulted in them being offered a place in the new competition. We now have the opportunity to build a world-class domestic competition, with the backing and funding of the RFU, demonstrating the union’s commitment to growing the game at all levels.” 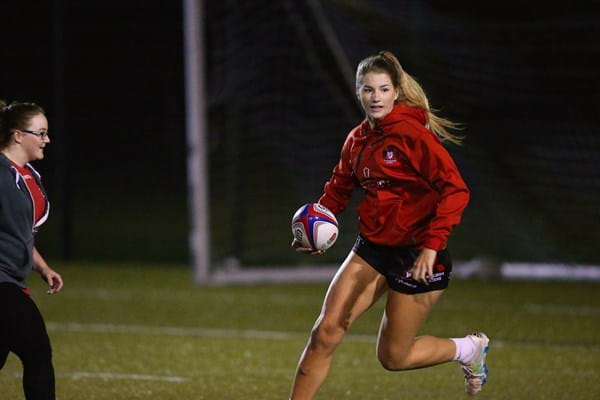