Hartpury student Zoe Adamson continued her quest for a place at the Junior World Rowing Championships as she improved her positioning at the most recent round of Great Britain assessments.

The 17-year-old A Level student claimed second spot in her 5km single sculls time trial, moving her up one place from her previous result in November last year. Adamson then teamed up with Durham Rowing Club’s Hope Cessford to win the double sculls event.

Despite missing the first even through illness, fellow student Alfie Heath (pictured - front of crew) was also on show for Hartpury at the event – his first ever Great Britain assessment – finishing in a promising 18th position.

Heath and Adamson will now move on to a further round of assessments in April where their performance will determine invitations to final crew selections in July.

Hartpury Rowing Coach, Tom Pattichis, said: “These were very encouraging results for both Zoe and Alfie. It was good to see Zoe improving her position from her last trial and given it was Alfie’s first GB assessment he produced a promising result. Both of them will now continue to work hard in the coming months for their competitions for Hartpury and looking ahead to the next round of assessments in April.” 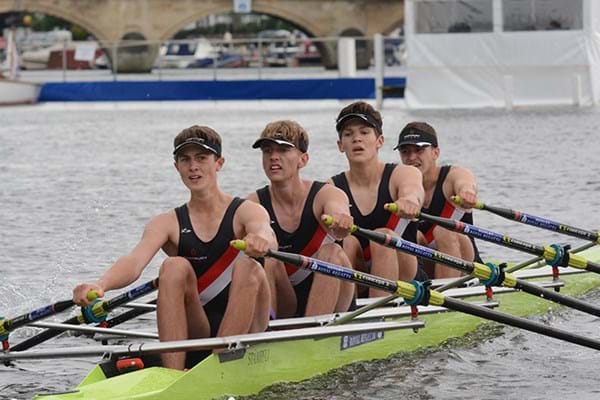