With England preparing to face Wales in the Six Nations this weekend, five Hartpury players were on hand to help as Eddie Jones put the national side through their paces at Pennyhill Park.

Hartpury have been asked to provide five players per week over the next six weeks as England look to win the Six Nations for consecutive years. Hartpury’s Director of Rugby John Barnes looking to give the as many of the university side a run out against the best that English rugby has to offer.

Those who are lucky enough to come face to face with England’s finest over the course of the tournament will line up alongside or against a couple of familiar faces with ex-Hartpury boys Jonny May and Ellis Genge in Jones’ squad. Gloucester Rugby winger Jonny May, graduated from Hartpury University Centre with an Honours degree in Sports Business Management while Leicester Tigers’ man Genge is once again included following his quick rise since leaving the college.

Not wanting to be outdone by their senior side, England Under-20s have followed suit and while using Hartpury as a base for their own Six Nations preparations they have also asked the rugby department to give a helping hand in their training with a number of Hartpury students getting involved. 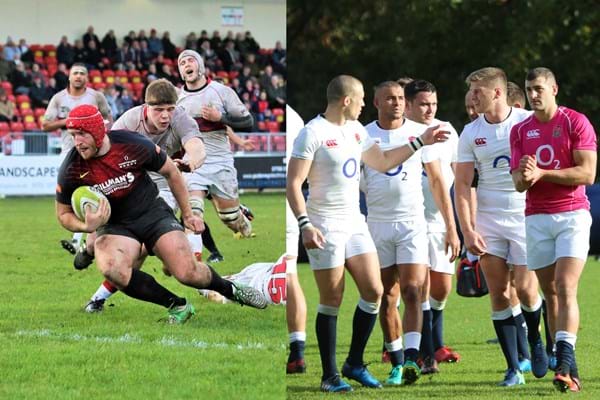