With England’s senior side already having called upon the services of Hartpury’s university rugby side, England Under-20s have followed suit and will be using Hartpury’s facilities to prepare for their own Six Nations campaign.

The Under-20s team, which includes Hartpury students Harry Randall and Joe Mullis, will use college’s facilities in both February and March as England prepare for the games against current champions Wales on February 10th and Scotland on March 11th.

Hartpury Principal, Russell Marchant, said: “It’s great that England’s most exciting up-and-coming talents have chosen Hartpury as a centre to train as part of their Six Nations campaign.

“It’s hopefully another reflection of the exceptional reputation Hartpury has as a hotbed for rugby talent and we’re very proud to be able to host the next generation of England stars.”

The team get their Six Nations competition underway this weekend against France at Sandy Park, the home of Exeter Chiefs. The tie against Italy is sandwiched between the Welsh and Scottish games before England round off their competition away to Ireland.

Hartpury have had a string of players represent England at Under-20s over the years with the likes of Gloucester’s Lewis Ludlow and Billy Burns receiving caps, while Elliott Stooke – now with Bath Rugby – helped the side to win their first Junior World Championship back in 2013.

Former student Rory Teague also used to be the team’s backs coach before moving into his current role as skills coach with the senior side – where he’ll be working with Hartpury graduates Jonny May and Ellis Genge who have been included in Eddie Jones’ Six Nations squad. 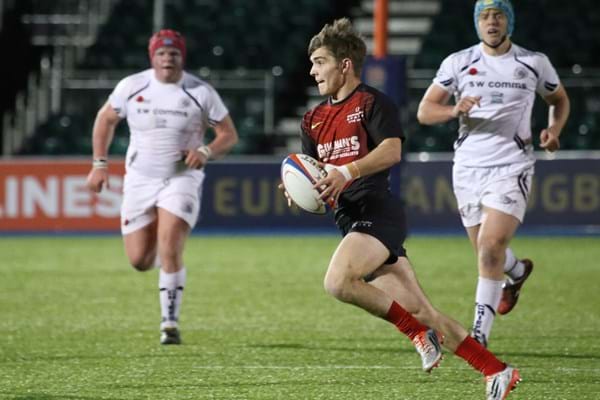