Hartpury Modern Pentathlete Oliver Murray continued his unbeaten start to 2017 as he topped the tables once again in the second National Youth Selection competition of the year.

The 17-year-old A Level student hit top spot at the snowy event in Bath following his swim and never looked back as he held on to secure the gold medal despite a late challenge from second place.

Murray opened the event finishing second in the fencing salle before an improved swimming round put him 10 seconds clear of the chasing pack going into the final laser run. He then controlled the final event to maintain his number one position.

Fellow students James Symons, Alex Coveney and Monty Podger competed alongside Murray at the event, all finishing inside the top twenty. Symons secured 10th in the opening fence as an assured swim and laser run meant his position remained unchanged to the end while Coveney and Podger finished 14th and 15th respectively, with Podger swimming a personal best.

In the girl’s side of the draw, Jessica Sutton claimed a top-ten spot ahead of Kara Hughes and Seren Allin, who finished 23rd and 31st respectively.

Sutton’s eighth place finish came following a mid-table performance in the fence before a strong swim left her with the chance to march up the order in the final laser run event. Hughes and Allin also finished mid-table in the fence and despite personal bests in their swimming leg were unable to break into the top twenty.

Hartpury’s Head of Modern Pentathlon, Mat Dewey, said: “This was another great set of results which are likely to see a number of our athletes challenging for international representation. Oliver is on a hot streak at the moment and the rest of the boys are working as hard as they can to catch him. Jess did well for the girls to finish in the top ten as well but it was important for me to see that everyone had a good weekend and to see continued development from everyone across the board.” 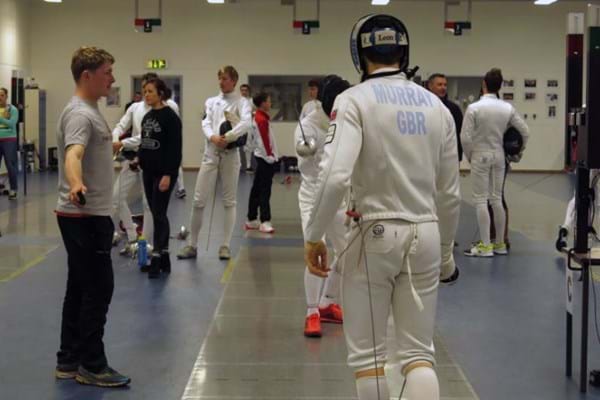