The quartet will get their competition underway against Australia before facing New Zealand and Brazil, who they recently lost to in the final of the Challenge Trophy in Sydney.

The group will be looking to help England climb up the standings with the team currently sat eighth overall after they were defeated 17-12 by Brazil last time out and a fourth place finish in the opening round in Dubai.

England Women’s senior side meanwhile moved top of their Six Nations table with a bonus point victory over Italy with no less than four players with Hartpury ties involved in the squad.

Alex Matthews started the game while Amy Cokayne, Sarah Bern and Bianca Blackburn found themselves on the bench for England’s third game of the series.

Away from the senior sides, despite England losing 17-7 to France in their Under-20s game, the red roses featured 11 players with links to Hartpury.

Number eight Zoe Aldcroft, an A Level student at the college, followed up her player of the match performance against Army Women last week scoring England’s only try of the match – converted by fellow Hartpury graduate Zoe Harrison. 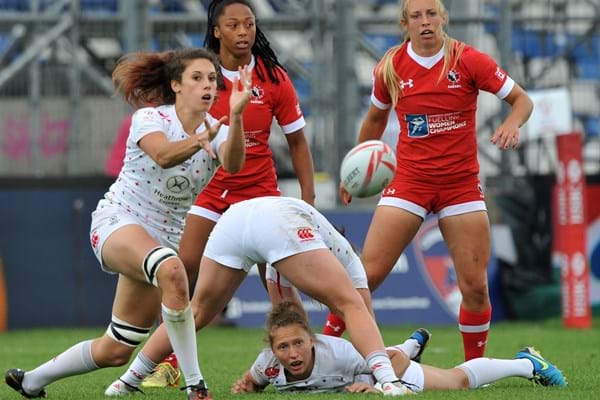