Gloucester-Hartpury’s women eased into the quarter-finals of the Intermediate Cup with a 50-7 victory over Championship North 2 side Sheffield Ladies.

Sheffield had gone unbeaten in the league and cup until this weekend when Susie Appleby’s side put eight tries past their opponents to advance to the next stages of the cup.

Despite a strong start from the home side, Gloucester-Hartpury soaked up pressure and eventually settled into their stride as Leah Carey’s converted try put them ahead after she latched onto a pass from Chloe Limbrick.

Sheffield continued to defend resolutely and after denying Gloucester-Hartpury on a number of occasions, Beth Jones crashed over for the away side’s second try of the game. Appleby’s side then asserted their dominance on the game as winger Georgie McBurney and fly-half Limbrick went over in quick succession – extras on both taking the score to 28-0.

Michelle Ruddick then added a brace to her season total before Carey grabbed her second of the game and Ellen Wood went over for her first score for Gloucester-Hartpury. With 50 points on the board Sheffield scored a late consolation try to leave the final score 7-50.

Head Coach Susie Appleby said: “Despite what the score line might suggest this was a very tough game. Sheffield came into the game on the back of a long unbeaten streak and were very hard to break down for long periods of the game. I thought the team played very professionally and were clinical in taking their chances.”

Hartpury will now prepare for Hove in the quarter-finals as they travel to the Women’s Championship South at the end of the month. 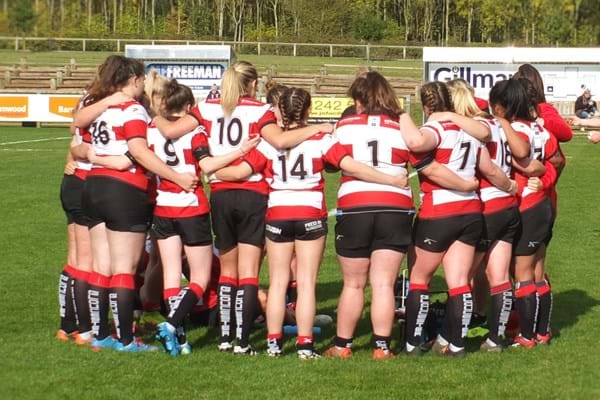