Local government representatives recently visited Hartpury for a lively debate with students on plans for the future of farming in the UK beyond Brexit.

MP for North Herefordshire Bill Wiggin and Green Party representative Dr Ellie Chowns put forward their alternative ideas for the future of UK agriculture. After each speaker presented their case to a crowd of over 60 students and staff members from the agriculture department the floor was then opened up for questions.

Local Conservative MP Bill Wiggin presented his vision, which centred around a document published prior to the referendum which outlines how UK agriculture may change, stressing the impact of alterations to regulations and funding.

Agriculture represents 450,000 jobs and brings in around £9 billion per year, making it an integral part of the wider food and drink industry. The emphasis was on regaining control over UK farming and providing strong support for farmers to enable growth in trade.

Dr Ellie Chowns outlined the Green Party’s vision for sustainable agriculture and presented, for the first time, new policy documentation which was compiled by Molly Scot Cato, Green MEP for the South West, in collaboration with the Soil Association and Simon Fairlie, editor of Land Magazine.

UK food security and the environmental impact of farming were high on the agenda, with key points from the Green Party perspective including investing in soil health, encouraging increased tree planting on farms and providing subsidies to help farmers make environmental improvements.

Currently the UK contributes £7 billion towards the EU agricultural budget and farmers receive subsidies which are a significant part of their income. Both parties agreed that the money that was being paid to the EU could be repurposed in future to continue to support farmers.

Janatha Stout, Director of Agriculture at Hartpury, said: “Of all UK industries, farming could lose or gain the most from Brexit; at worst it could severely reduce the number of farmers in this country. On an average farm in the UK 60% of farm income comes from subsidies and farmers will have to make many changes to their production methods to cut input costs in order to prosper in the future.”

Hartpury’s students came up with some searching questions, showing that the future of the farming industry is very much at the forefront of their minds. As ever the future is uncertain as negotiations around Brexit are ongoing but this debate provided students with further food for thought and will help them formulate their own views on how agriculture can progress. 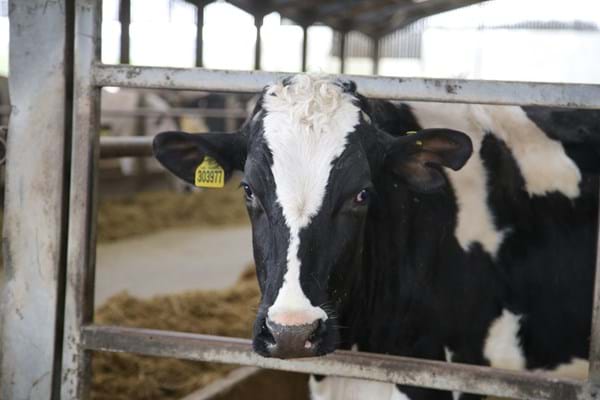