A brace of tries from Laura Paganini and one from Beth Jones helped secure a comeback victory over Trojans at Hartpury on Sunday to secure a place in the Intermediate Cup Final.

Gloucester-Hartpury Women edged a nervy game to book themselves a spot in the Intermediate Cup Final, thanks to a strong finish to the game to overcome a gutsy Trojans side.

It was Trojans who started the game strongest, with a considerable amount of pressure on the Gloucester-Hartpury defence early on. The first points of the game were scored by the visitors through a penalty kick awarded in front of the posts.

Gloucester-Hartpury responded brilliantly with their first try of the game. It was well worked by Lauren Graham who made the initial break, before shifting the ball to centre partner Beth Jones, who went over in the corner. The kick was a difficult one for Chloe Limbrick, right on the touchline, and just missed, sliding to the right of the posts leaving the score at 5-3.

Trojans fought back, once again asserting pressure on the Gloucester-Hartpury defence with a number of line breaks, but the Cherry and Whites held strong to keep the visitors out. It was a first half of big hits and gritty defence in what was a tightly contested game where both teams struggled to find a way through.

Gloucester-Hartpury went into the half-time break leading by just two points, knowing that they were just 40 minutes away from a spot in the cup final.

Trojans once again started the second half on the front foot, forcing pressure on the Gloucester-Hartpury defence and not allowing them a way out of their own 22. That pressure told much very like in the first half, as they were awarded another kickable penalty which they duly converted and took the lead by a single point.

Shelly Ruddock came close to restoring the hosts’ lead, making a great break down the right wing, almost reaching out to score but knocking on just short of the line before the Trojans were able to clear their lines.

Gloucester-Hartpury’s enthusiasm to play exciting rugby was on show as they turned down what looked to be a kickable penalty in front of the posts and opted to go for a tap and go, but unfortunately the move came to nothing.

With just under 20 minutes left to go, Trojans on the other hand opted to keep the scoreboard ticking over and coolly slotted another penalty kick to give themselves a useful 9-5 lead.

However, another wonderful try from Laura Paganini put the hosts back into the lead. Again it was brilliant display of handling from the backline, with fly-half Chloe Limbrick starting the move to Shelly Ruddock, to Beth Jones who turned provider for Paganini to go over in the corner to give Gloucester-Hartpury a 10-9 lead after Limbrick’s kick just fell short.

With only just a few minutes left, it would’ve been possible for Gloucester-Hartpury to tighten up and try to defend their one point lead, but they did the complete opposite and pressed on to secure the victory.

Fullback Mary-Ann Gittings made a dancing run through the Trojans defence making a huge territory gain after taking a clearance kick in her own half. That run established a great platform for the hosts to set up another well-worked attack that was finished off by Paganini.

Tasked with another difficult kick from the corner, Chloe Limbrick stayed calm under pressure and slotted the conversion to give the hosts the victory, finishing 17-9 to Gloucester-Hartpury who fought well to hold off a gutsy Trojans side.

Coach Susie Appleby spoke about the tough opposition and how the team had to adjust during the game:

“It was always going to be a really hard game. Trojans are a really good disciplined, organised and physical side so we knew we really had to up our game and we’re not used to that kind of challenge. So that was the first thing we had to address.

“But I’m really pleased that the girls did that and realised that we could take it to them and once we got over that barrier then it was really good.

“Again, we don’t get put under a lot of pressure, we weren’t making great decisions on the ball which is why we were keeping them in the game, things like carrying laterally. But once we started to make better decisions and carry hard, rather than drift, it became a much easier game.

“In the end, it was eight clear points which was the cushion we needed. Chloe Limbrick at 10 had a fantastic kicking game and to put that conversion over from the touchline in the end, was just perfect. We’re really pleased, but we’ve still got lots to work on, we were very poor at set pieces, so we’ve got a few weeks to sort that out and see where we go from there.”

She also spoke of the prospect of the Cup Final and what it means to the club:

“It’s really exciting, that’s where we wanted to be. So it’ll be West Park or Novo’s, two Northern sides who we’ve never played before, which is exciting. But just for a lot of these girls to be in a final is going to be amazing.

“So I’m just really, really happy and looking forward to it. It’s been a really positive season, we’ve won the league, got promoted into the super league, now we’re in the cup final, so everything we could wish for really.”

“It’s huge, I cannot underestimate how much it means. It’s the highest level of domestic game that our girls are going to be able to play in.

“Obviously, it’s new next season, so we’re going to have to step up massively, but for the game and for the players that we have, it’s the route to England.

“So that’s what we’re about to embark upon as its now about how we prepare the girls best for a transition into an England shirt, so we’re just all really and excited and lots of positives of stuff going on.” 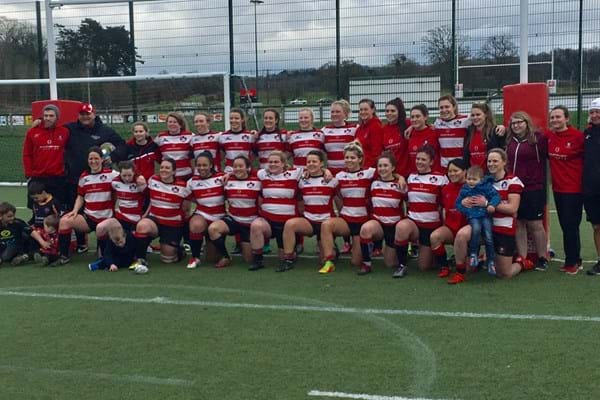