Hartpury’s University women’s football team caused an upset as they advanced to the final of the British Universities and Colleges Sport Western Conference Cup on Wednesday.

The side progressed following a penalty shootout after a dramatic 3-3 draw with the University of Southampton’s first team – who play two leagues above Harptury.

Hartpury were ahead twice in the tie with their three goals coming from Captain Samantha Hallsworth, Steph Phillips and Kat Sutton but Southampton responded to draw level at full-time before extra time remained goalless.

Both teams scored four out of their five opening penalties before Hartpury’s keeper Sophie Williams pulled off a fantastic save to send Southampton out at the first sudden death round after Lydia Neale had put the home side in front by scoring her penalty.

Hartpury will face another higher league opposition in the University of South Wales first team at home next Wednesday (March 8th) in the final as they seek a debut trophy. 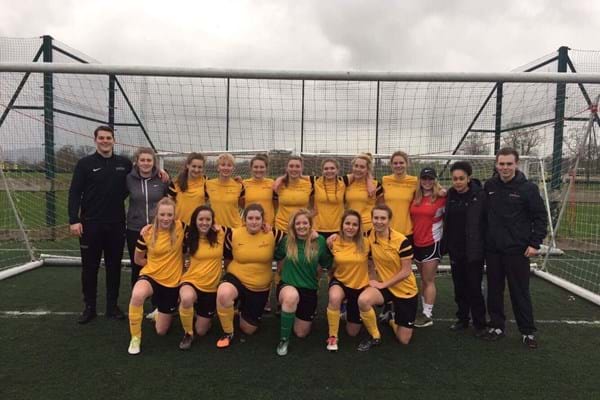