Chris Knowles’ side, playing Chichester for the third time this season, cruised into the semi-finals – where they will face Northumbria – courtesy of a brace from striker Hayden Turner and an Ed Williams free kick.

Hartpury, playing at home, edged the first half thanks to Turner’s first of the afternoon before dominating territory and possession in the second period where goals from Williams and Turner again put the tie out of reach for the visitors.

Knowles said: “This was a very good result against a hard-working Chichester side who have given us three very tough fixtures this season. I thought we defended very solidly and took our chances well. It was a good performance but it’s important that we don’t get too carried away as there is plenty we can still work on. I’ll definitely have a few selection headaches next week though when we come up against a strong Northumbria side.”

The tie started brightly as both sides tried to get a foothold in the game with the wind making conditions difficult. Hartpury centre backs Nathan Summers and Spencer Hamilton continually frustrated the visitor’s attacking threats before good work from Ed William’s down the right hand side saw him outmuscle his opponent and just keep the ball in play before squaring for Turner to tap into an empty net.

The visitors had started the game strongly but it was Hartpury who headed into the break the happier and their confidence grew as they took firm hold of the second half. Dominating possession and territory for the majority of the 45 minutes, Ed Williams doubled Hartpury’s advantage with a well-placed free kick.

Williams should have then put the game out of sight for the visitors after racing away but his delicate chip when one-on-one hit the onrushing keeper in the face. However, it wasn’t long before Hartpury did have their third goal from a well-worked move. Skipper Jimmy Oates – who recently signed a new deal with Hereford FC – played a swift one-two in the box before putting it on a plate for Turner, in the right place at the right time, to grab his second of the game.

Hartpury will now face Northumbria at home next Wednesday (March 8th, 2017) seeking a place in their third consecutive BUCS Championship final. The game will kick off at 3pm 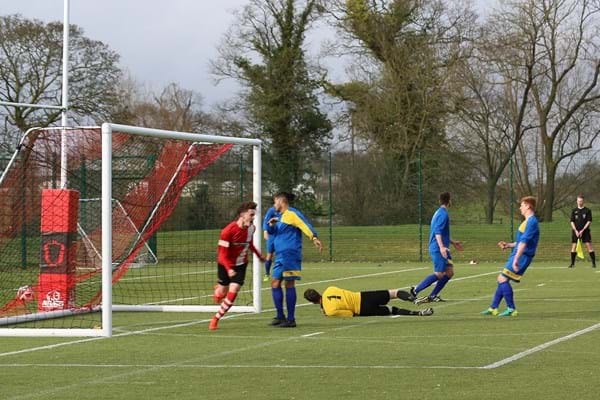