Hartpury’s Association of College’s (AoC) Netball Premier League champions will face Neath Port Talbot in the quarter-finals of the national cup after recently overcoming their league counterparts to clinch the title.

Holly Duerden’s side will face Port Talbot at home this Wednesday (March 29th, 2017) as they seek their second silverware of the season following their recent 64-35 triumph in their final league game.

Dominating from the start the team led 23-6 after the first quarter and despite an inconsistent performance which allowed Port Talbot to close to gap in the third quarter Hartpury were able to hold on thanks to a number of great individual performances.

Netball Academy Manager, Holly Duerden, said: “The final league game for the girls was an all-round great squad effort as well as some fantastic individual performances. The league this year has been the toughest one I have seen and to come out not only winning the league but with a goal difference of +186 is just phenomenal.

“I cannot be any prouder of the girls this year, their commitment on court and their strength as a squad off the court has made them a hard team to contend with. Now we’ll regroup and focus on taking the rest of the season one game at a time to make sure we’re ready for the quarter finals and look for that consistent team performance.” 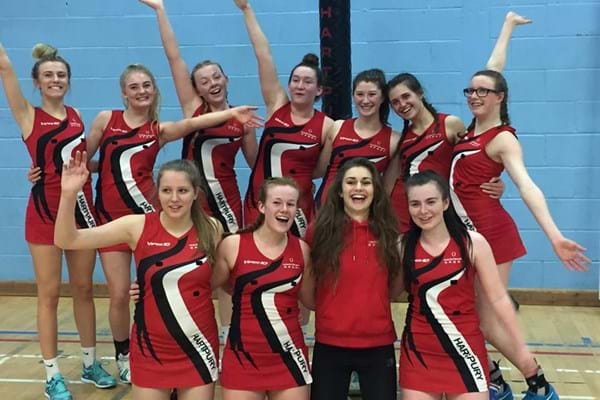