After answering hundreds of questions and impressing schoolchildren with her knowledge, Hartpury lecturer Dr Carrie Ijichi has been voted the Animal Behaviour Zone winner in the “I’m a Scientist Get Me Out Of Here” competition!

Hartpury University Centre’s Animal Behaviour and Welfare lecturer Carrie was one of five scientists who were out to amaze school students from across the UK with their expertise in the online competition. Students had the opportunity to quiz the experts during live chat sessions, but with the catch that each day one scientist would be evicted.

Carrie flew through the competition after fielding over 400 questions about all things animal (and some things not) from the inquisitive minds of the students. The competition proved to be a great way for students to find out the answers to their burning science questions, and they then voted for their favourite scientist during each stage of the talent-show style event.

A winner was picked from each zone and Carrie was the last scientist standing in the Animal Behaviour Zone (funded by the Association for the Study of Animal Behaviour). Other zones included Medical Physics, Organs and Space Exploration.

Students asked about training horses using positive reinforcement, if animals feel grief or if they can get drunk or how chameleons adapt to camouflage with their surroundings. Carrie also revealed that chocolate is her ‘favourite invention’, that she would turn into a cat or horse if given the choice, and that her pets include two dogs (Tasha and Jake), a cat called Mushroom and a horse called Annie.

Carrie diplomatically responded: “Your dog is expressing sexual frustration but if he’s neutered it’s much less likely he’ll do it. If he’s already neutered it’s probably a different frustration, like needing more exercise, and it gets taken out on poor Spongebob!”

When asked about her most memorable moment working with animals Carrie said: “I retrained a horse from the rescue centre that was attacking people and I remember driving out to her new home after we worked with her and watching two little girls shower her in hugs and attention. All the fear and fight was gone and she could finally just “be” when people were around. Totally worth all the times she bit and kicked me!”

She added: “I lost count of the number of questions asked during the live web chats, it was very fast paced and I was asked some incredibly interesting questions. Thank you so much to everyone who asked questions and everyone who voted! I’ve had the most fantastic time talking to you all and winning was the icing on the cake.

“I hope that the event will inspire young people to want to be scientists themselves someday. I never considered being a scientist at that age and now I can’t see myself as anything else.” 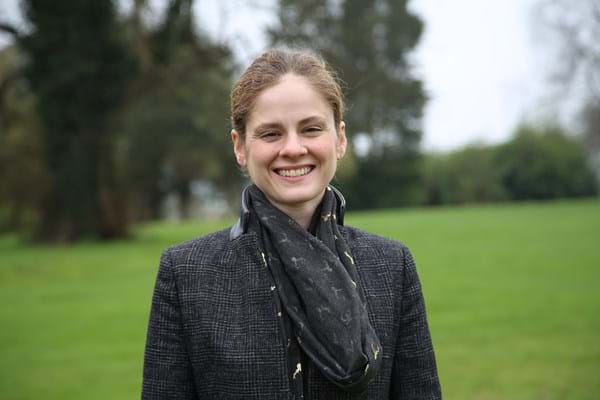