The Gloucestershire-based rider’s busy weekend with early starts and six tests to ride was more than worth it as April and her two horses, Alwin and Robin, brought home a prize haul of three sashes, a medal, 10 rosettes, two rugs plus a head collar from the Championships at Bury Farm.

New horse Alwin, an ex-showjumper who April has only been riding since the start of this year, became the Prelim Horse Champions at just their third ever competition together. Byrntegilwnau Rocky Robin, known at home as Robin, has been April’s main ride for the last four years after turning his hooves to dressage from racing.

Together the pair’s hard work has paid off as they became the Novice Open Pony Champions with two scores of over 70%. They went on to gain first place in one of their elementary tests and came third in the other as well as going on to win the team competition.

The 16-year-old is a first year student is studying the Business strand of the Level 3 Extended Diploma Horse Management at Hartpury and is a member of the Equine Academy.

April said: “It was such a memorable weekend and I am so pleased with both horses. To win with Alwin at just our third show together, let alone it being a national level competition, is unforgettable.

“Hartpury have been really good about supporting me academically and allowing me the time to be able to compete. The academy gives me great training opportunities that I wouldn’t have access to otherwise as well as support from very knowledgeable people such as Lizzle Winter (Academy Director) and Nick Burton (Academy Coach).

“I’m really proud of how the horses coped in the big atmosphere and I can’t wait to see where we’ll get to next. I hope I can show aspiring riders that if you put in the hard work and dedication then anything is possible.”

The Equine Academy at Hartpury provides a range of support to riders across elite, elite developmental and development squads. With access to world class coaching, multi-million pound facilities and bespoke support packages that include sport psychology, strength and conditioning and lifestyle and nutrition advice, the riders are given every opportunity to excel in their education and sporting domains. 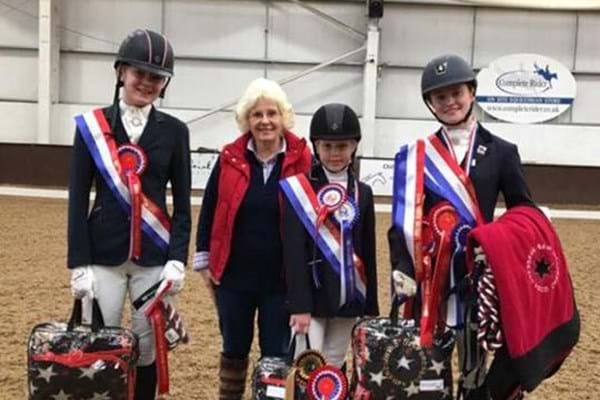