Hartpury’s university footballers will be looking to make it to a third consecutive British Universities and Colleges Sport Championship final when they face Northumbria today (Wednesday, March 8th).

Chris Knowles’ side will face a team bang in form following their 4-2 win over Bath – who finished third in Hartpury’s league – but he's confident that his side are well-prepared and up for the task of reaching another final.

“We know that Northumbria will be a competitive side with a strong goal-threat. Playing away from home I’m sure they will be well organised so it will be another test for us for sure. I have a strong squad to pick from though and we’re confident that we can get the job done.

“The boys are focused and determined, especially after agonisingly missing out on lifting last year’s title, so it should be a great spectacle. It would be great to get a good crowd down to watch and cheer on the team so head down to the pitch ready for kick off if you’re free!

“It’s also great opportunity to showcase the strength of the Premier South league as well if we get through as it would be an all-south final with Cardiff and the University of South Wales playing each other in the other semi-final.”

There are no real injury concerns for Knowles and the manager will have a definite selection headache following last week’s convincing 3-0 quarter-final win over Chichester. The game kicks off at 3pm on the 3G pitch behind the sports academy, so get down and show your support as the team look to make another final. You can then head straight to the rugby quarter final afterwards! 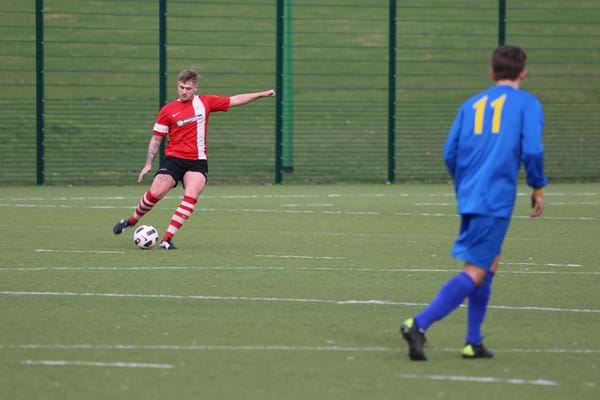