Hartpury rower Zoe Adamson’s is ready to make waves in Munich after being selected for the Great Britain crew at the international regatta this weekend.

Adamson, 17, an A Level student from the college, was selected after impressing during the most recent round of trials back in March and will now go on to represent her country at the Munich International Regatta in Germany. Previously she had finished second at another trial back in February.

Following April’s assessment, where she ranked third in the junior women’s scull, Adamson has also been selected to represent Great Britain at the European Junior Championships which take place towards the end of May, also in Germany.

Tom Pattichis, Hartpury’s Rowing Coach, said: “Zoe has been very consistent across the season and has performed well at trials making her place in the GB team fully deserved. It will be a great opportunity to race at international level and gain some good experience for her continued development.”

In the boy’s side of the trial, fellow student Alfie Heath showed his continued progress as he finished 14th at the April trial – four places higher than his previous attempt back in February. The result will hopefully see him invited to the final crew selections in July.

Hartpury rowers are no strangers to the Munich Regatta with a number of former students having represented Great Britain at the event. Last year saw Bryony Lawrence and Frances Russell compete, while Charlotte Hodgkins-Byrne and former Gloucester-Hartpury AASE rower Flo Pickles took part in 2014.

Pickles also has experience of the European Championships, representing her country the same year she and Hodgkins-Byrne were at the Munich Regatta. 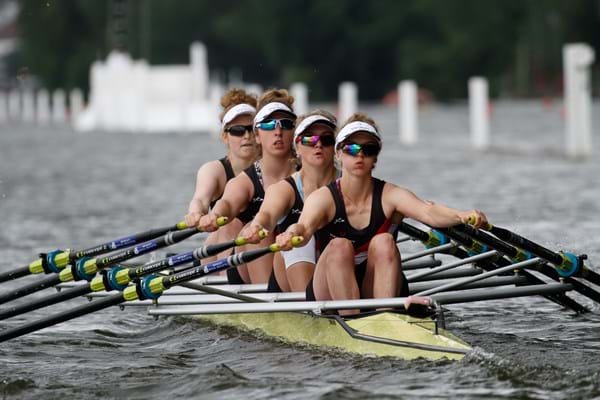