Hartpury college’s golfers retained their national title in the British Schools and Colleges Tour at the Forest of Arden Golf Course recently.

The team battled difficult conditions and a tough course to finish six shots clear of second-placed The Golf College and keep hold of the title they won at last year’s event.

Outside of the team event, Cameron Probert finished eighth in the individual boys final while fellow student Adrian Mylrea – who narrowly missed out on the Association of Colleges title recently – finished third in the girls’ side of the draw.

Cameron Haines, who helped Hartpury claim the nett title, shot the lowest score on the final day of the event with a one over par 73.

Matt Ellis, Hartpury’s Golf Manager, said: “It’s great to see the team retaining the title they won last year, especially given that several of our players were away at other national events. With those players missing it’s given a chance to some of our first years and credit to them they’ve really stepped up.” 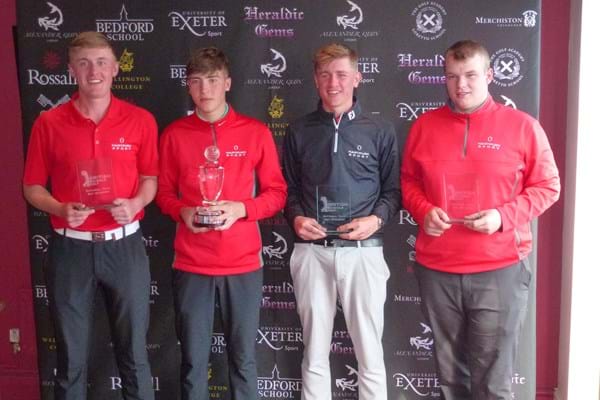