Hartpury’s women’s rugby players got a taste of the world stage as they showed-off their sevens skills in front of a packed Twickenham crowd over the weekend.

LJ Lewis’ side were invited to take part in the exhibition game at the London round of the HSBC World Sevens Series after winning the Rosslyn Parks Sevens title back in March. The team beat Filton College 35-0 in what was a replay of the Rosslyn Park final.

Ellie Kildunne (2), Laura Paganini, Abi Burton and Shauna Bennett all got on the scoresheet as Hollie Cunningham captained the squad of twelve to victory in the match which kept the crowd entertained as they waited for the the matches to decide the places at the most recent round of the World Sevens Series. 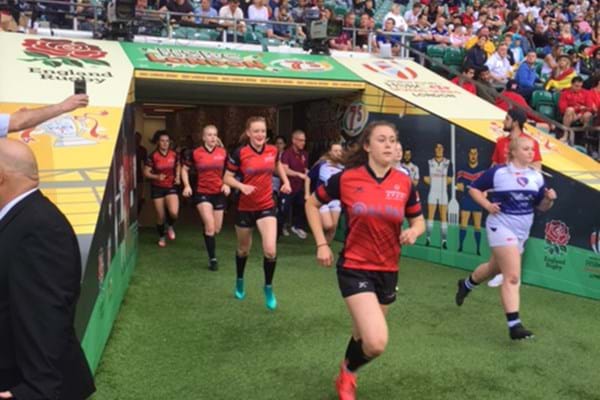