Experienced prop forward Dan Murphy was one of 12 new acquisitions announced by Hartpury RFC as pre-season preparations got under way. The former Gloucester, London Irish and, most recently, Harlequins front-row man will add both strength and know-how, which will prove invaluable to some of the youngsters around him

The recent announcement of fixtures for 2017-18 was a reminder of the step up that Hartpury will face in the coming campaign, with the opening round throwing up a visit to Ashton Gate, home of last season’s Premiership fallers, big-spending Bristol Rugby. Players such as Murphy will be vital as Hartpury seek to weave added steel into their squad.

Another front-row specialist, ex-Hartpury student Tom Heard, returns to Gloucestershire after playing professionally for both Plymouth Albion and Nottingham, where he performed at Championship level. Like many of the announced signings, Heard will study for a degree at Hartpury alongside his rugby commitments.

Further top-level experience will be provided by another prop forward, Mike Daniels, who joins Hartpury as a Masters student after leaving Premiership side Worcester Warriors. Daniels played his student rugby at Loughborough, where he gained his Bachelor’s degree.

There are a trio of players arriving from Moseley, as hooker Will Crane, fly-half James Williams and winger Ed Sheldon arrive in Gloucestershire. All are exciting signings and supporters will look forward to seeing if Sheldon can repeat the try-scoring feats of last season, when he was runner-up in the rankings (with 18) to our own prolific finisher, Jones Mikalcius. That was enough to see him named as Moseley’s most improved player last term, whilst Williams was then-coach Kevin Maggs’ choice as Player of the Season. Crane scored against Hartpury when the two sides met at Billesley Common in April.

Another new face heading in from the Midlands is highly-regarded back row forward, Darrel Dyer, no stranger to Hartpury after recent encounters in the colours of both Coventry and Ampthill, while yet more exciting pace arrives in the shape of Redruth winger, Alex Ducker. Ducker went ‘viral’ last season, after his length-of-the-field try against Chinnor became an internet sensation.

Flanker Rob Langley, once of Gloucester’s academy and more recently of both Plymouth Albion and Nottingham, is another ex-Hartpury man to make a return to the ranks, after having last played for the RFC as a youngster in National Two.

Last, but not least, two promising young three-quarters make the short move up the M5 from Bristol, as centre Nick Carpenter and wing Elias Caven also arrive as students. Caven has already appeared, successfully, in Hartpury red and black, having played in a dual registration basis last season. Carpenter, meanwhiles, has seen significant first team action at Bristol and also spent some of last season at Doncaster Knights. They will joined by another Bristol product as second-row forward BJ Edwards will add to the options in the front five. Edwards joined Bristol last year, having played all of his early rugby in Australia.

Beyond these, of course, will be the influx of new students from within the UK and across the globe, many of whom will be viewing Hartpury as an opportunity to make the step up into the professional game.

We wish them all a hearty welcome and look forward to seeing each of them in action in the months and years to come. 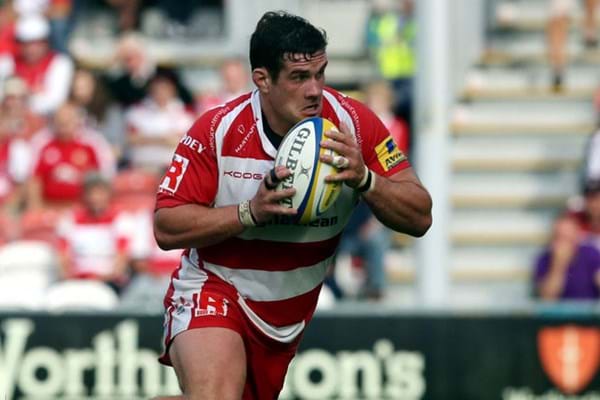