Hartpury will play host to some of the region’s most talented under-17 netball players after being selected as one of Netball Superleague side Severn Stars’ new academies.

As one of five new academies linked to the Superleague side, Hartpury College will assist in training and supporting potential Severn Stars players of the future.

Hartpury will play host to around 20 athletes over the course of 40 weeks after they have been selected following trials in August. The players will be chosen by Hartpury’s Head Coach Holly Duerden, who is also the academy head coach, as well as the Seven Stars Pathway Coach.

Holly said: “This is a really exciting opportunity for Hartpury to be a part of helping to develop some of the most talented under-17 players who we could one day see playing the Superleague. We have a strong setup here and we can’t wait to start supporting these up-and-coming players.”

The 20 who are selected as part of the academy will have one on-court training session and one strength and conditioning session a week as well as access to physiotherapy support and video analysis sessions from Hartpury.

Following the 40-week training period, athletes from the five Severn Stars academies will play in a season-ending tournament where the top players will be chosen to be part of the Superleague side’s under-17 Netball Performance League team.

Birmingham Metrolpolitan College, Milfield school in Somerset, Headington School in Oxford and Kings School in Worcester are the other centres selected to be one of the NOVA academies 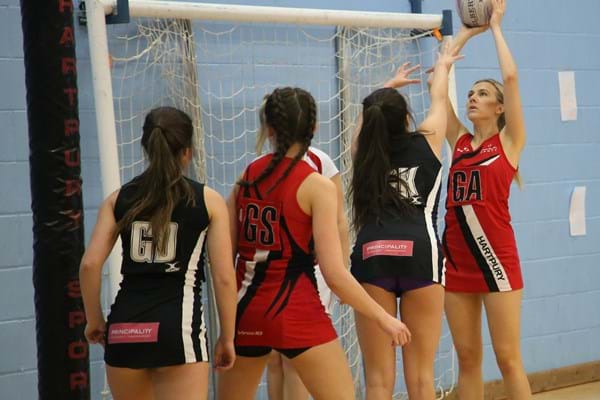