Up-and-coming Hartpury event rider Victoria Leabeater will take the next step her in development as she represents Great Britain as part of the team at the upcoming CIC2* European Eventing Championships.

Leabeater, who has just finished the first year of her BSc (Hons) Equestrian Sports Science degree, is set for an exciting summer as she heads off to Belgium later in July with the rest of the six-man team.

The youngest on the squad, at 20 years old, Victoria will be travelling to Tongeren with her 14-year-old mare Dolces E to compete in the bi-annual championships. This unique format sees the team complete a dressage test together ahead of then completing a normal CIC format event.

Leabeater said: “I’m so excited that Dolce and I have been selected to compete in Belgium for the GB team and I’m so thankful to everyone that has helped us get here.”

Victoria is a member of the equine academy at Hartpury which provides a range of bespoke support to riders, giving them access to world-class coaches and facilities to progress their riding alongside their study.

Academy Director, Lizzel Winter said: “Victoria was up against a large number of riders that were on the initial long list squad selection, so to make the team is a great achievement and we’re excited to see what Belgium has in store.”

Other members of the equine academy are also flying high, with Georgia Cabb recently winning the Silver League Semi Final Qualifier at Aintree, taking her a step closer to competing at Horse of the Year Show as she now heads to the regional finals.

Lucy Pincus will also be flying the Hartpury flag in dressage as she heads to Hickstead to compete in the International-under-25 Class. 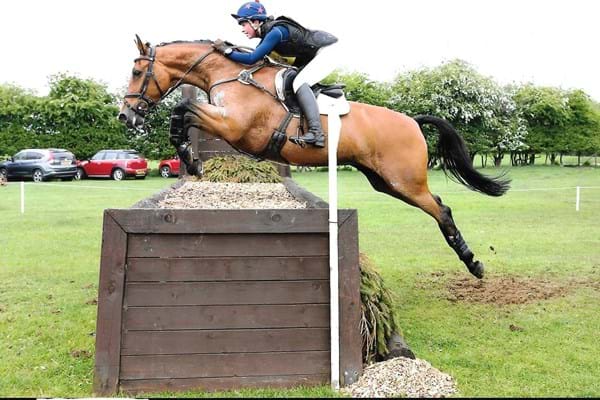