Hartpury student Saffron Creswell displayed her eventing prowess over the weekend by winning the Aldon CCI one star competition.

Her score of 41.60 on Quality Rose was enough to see off the challenge of her nearest competitor from the opening dressage test, Maarten Boon.

Creswell, a Diploma Horse Management student at the college, scored 41.60 in the dressage before going clear in both her cross-country and showjumping. She also finished sixth in the Novice competition at the same event, this time aboard Up Mulberry Street.

The Hartpury student is part of the equine academy at Hartpury. She was recently named as part of the British Equestrian Federation’s (BEF) excel talent programme. The eight-person eventing squad Saffron is part of supports and develops riders and horses who have Olympic potential.

It’s a two-year programme that will give her access to top equestrian specialists including international coaches, physiotherapists and nutritionists. Hope Hayward, a Hartpury graduate, is also part of the excel programme on the para-dressage squad.

Another Hartpury student, Abbie Summers, also had a good result recently. The equine business management degree student finished top of the 1.20m class in the Aintree Premier aboard Quantas. 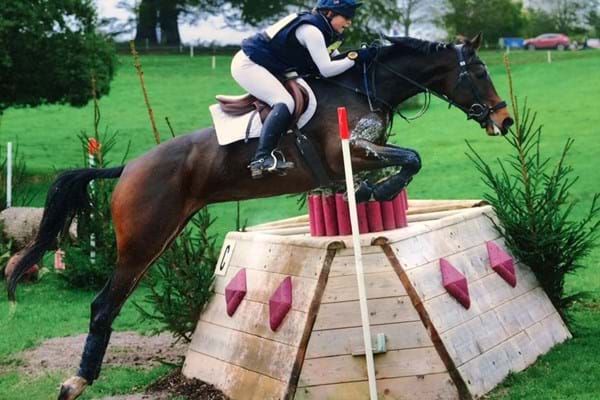