With just less than a month until the Showjumping Spectacular, Hartpury is again expecting some big names at their annual December competition.

With free entry across the three days, the event will also see the return of the NAF Small Tour Grand Prix. Graham Gillespie won last year’s class, which entrants start jumping at 1.30m. The amateur classes get underway on Saturday afternoon, with the Payrolls UK A and B warm-up events.

Phillip Cheetham, Hartpury’s Equine Director, said: “The spectacular is always a great end to the year for our big competitions and we’re really looking forward to see what this year’s event brings.”

Although entry is free across the event, spectators can purchase a VIP Hospitality Lunch for £35 that includes a three-course lunch while you watch the action. The three days event concludes with two Blue Chip Championship Qualifiers on the Sunday afternoon. Entries for competitors are still open, closing on Monday 27 November.

For the first time this year, Hartpury also ran a summer version of the showjumping competition. Sandwiched between their other two big events, the Festival of Dressage and the NAF Five Star International Hartpury Horse Trials, the event ran classes from 90cm up to 1.40m.

Phillip Cheetham added, “Last year’s event was a great start and now we’re looking to grow it as much as we can; we’ve got some really exciting plans for our summer event. We’re hoping to run an Area Trial class during the event, for instance. Our aim is to make it as big as our December event and then see where we can take it from there. ” 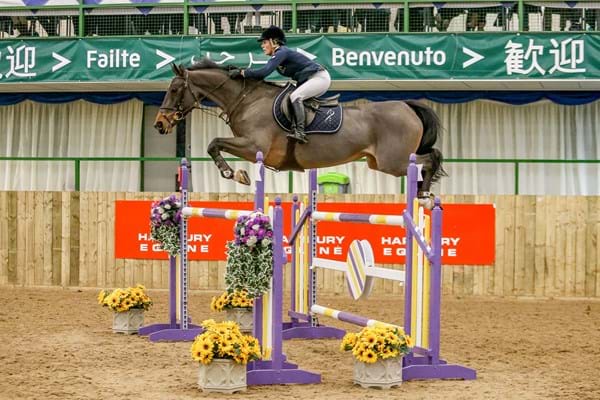