Another year of sporting success has seen Hartpury named in the top one per cent of sporting schools in the country.

School Sport Magazine featured Hartpury as its seventh best-placed school or college after ranking institutions nationwide on their successes in 20 different sports and 120 national competitions. The college jumped 25 places from last year’s ranking.

The most recent success came as our junior rugby team claimed their eighth AASE championship in nine years. After missing out on the final last year for the first time in the competition’s history, Hartpury stormed to a ten-try 66-14 victory over Newcastle’s Gosforth Academy.

Further team success in 2017 also came for the college’s under-18 football side, who became the inaugural winners of the Hudl Under 18 Elite Schools’ and Colleges’ Cup. They beat Monkseaton 2-1 at Blackburn Rovers’ Ewood Park in April’s showpiece event.

Hartpury also saw their junior women’s rowing quad pick up their fifth successive victory at Henley Women’s Regatta, setting a course record in the process. The same quad claimed a fourth successive crown at Henley Royal Regatta a week later. A Level graduate Zoe Adamson, who was part of the successful quad, also became the college’s first junior World Champion. She raced to victory for Great Britain at the World Rowing Junior Championships.

There were further league victories for Hartpury’s Netball team and the women’s footballer side. The college’s women’s rugby side claimed another Rosslyn Park Sevens title while students on their modern pentathlon programme were National Tetrathlon team winners.

Hartpury’s Director of Elite Sport, Tom Radcliffe, said: “It’s been another great year for sport at Hartpury. We’re delighted to have seen so many team and individual successes across a number of sports. It goes to show all the hard work that goes in behind the scenes here from the staff to the students. It’s great to be in the top ten and amongst the top one per cent of schools and colleges nationally.”

Students at Hartpury will have even more reason to succeed next year following the completion of a new sports academy complex, due for September 2018. The £7.6m facility will extend Hartpury’s current sports academy and includes a new sports hall, biomechanics area and human performance laboratory. 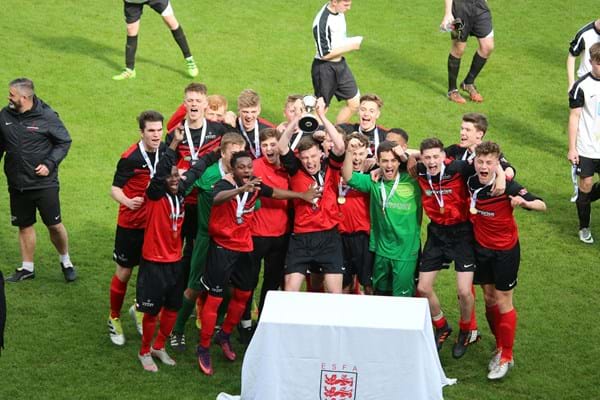