Two former Hartpury students could face Premiership side, Arsenal, after their Swedish team Ostersunds drew them in the next round of the Europa League.

Graduates Sam Mensah and Frank Arhin will be hoping to be part of the squad to face the English side in the last 32 of the European competition in February next year. Mensah is currently in his second spell with Ostersunds, while Arhin recently signed for the Allvenskan team.

Hartpury have history with the Swedish side, with six players – including Arhin and Mensah – having featured for the team. David Accam, Hartpury’s first Champions League footballer, as well as James Baldwin, Issac Shaze and Thomas Boakye have all played for Graham Potter’s side.

Hartpury’s Director of Elite Sport, Tom Radcliffe, said: “It’s a great draw for the Ostersunds boys to get, against one of Europe’s biggest teams. I hope that Frank and Sam can both get some game time, it would be a great experience for them.”

“We have a good relationship with Graham and the team over in Sweden, with a number of our graduates having played for Ostersunds over the past few years. I hope that it will continue to be a strong link in the future. All of us at Hartpury will be keeping a close eye on the game in the new year.”

Ostersunds were not expected to make it into the knockout stages of the competition after coming up against Spain’s Athletic Bilbao, Hertha Berlin from Germany and Zorya, a Ukranian team. But losing just one of their group games, they finished second to earn a last 32 tie with Arsenal. 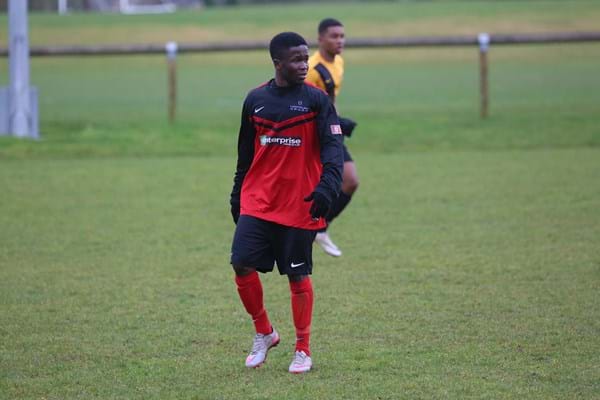