Two Hartpury students have been named in the England Rugby Under-20 Elite Player Squad of 32, ahead of this year’s Six Nations championship.

University Centre degree students, Alex Seville, 19, and Tom Seabrook, 18, Seville are part of the squad that will also play in The U20 Rugby World Championships in May.

Seville has been at Hartpury since the age of 16, playing at AASE level before stepping up this season the play for the university centre’s BUCS side, as well as making his RFC debut.

Seabrook was previously at Dean Close School in Cheltenham before joining Hartpury as an undergraduate in the current academic year.  He also made his RFC debut this season, with a highly creditable run-out in the game against Ealing Trailfinders.

Both players are members of the Gloucester Rugby Academy, as is a third representative: hooker Henry Walker.  Although not a student here, Walker has played for Hartpury RFC a number of times in both the Championship and the British & Irish Cup on dual registration.

All three have been involved with England before and took part in last summer’s Junior World Championships in Georgia.  Seville did play a part in the final against New Zealand, from the bench, while further RFC and BUCS players, Harry Randall and Joe Mullis, were starters in that match. 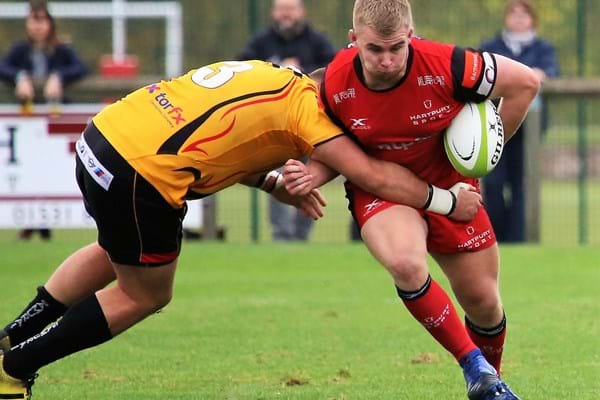