University Centre Hartpury’s most recent Raise and Give week saw them raise over £500 for Horseback UK, a charity that specialises in using horsemanship to help injured service personnel.

The most successful event of the week saw a 24-hour sponsored ride-a-thon, using some of Hartpury’s state-of-the-art rider performance equipment. The event, hosted in the Margaret Giffen Centre for Rider Performance, saw more than 20 students take part in the all-day event, raising over £200 in the process.

Hartpury’s Raise and Give society, which raises money for a chosen charity each year, also ran an equine photoshoot using Students’ Union Media Society members. The shoot added £70 to their total.

The end of the week saw a ‘beer pong’ tournament in Hartpury’s campus bar, Legends. Run in conjunction with the Students’ Union the event went down really well and with other cash donations through the week raised a further £200

Horseback UK are Hartpury Raise and Give’s chosen charity for this year. They aim to use horsemanship to ‘inspire recovery, regain self-esteem and provide a sense of purpose and community to the wounded, injured and sick of the military community’.

Recently, two members of Horseback UK, Jason Hare and Jock Hutchinson, delivered a public lecture at Hartpury where they spoke about their recovery pathway, with a particular focus on resilience. 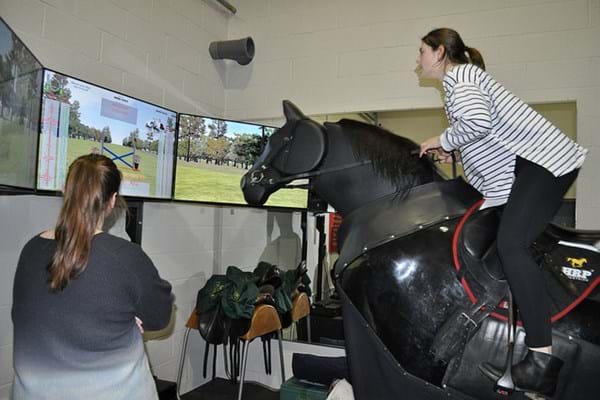